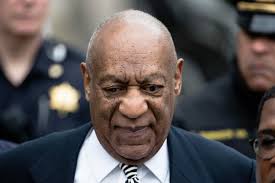 The judge in Bill Cosby’s sexual assault retrial gave his legal defense a huge boost Tuesday, ruling his lawyers can call a witness who says the accuser talked about framing...
by Katricia Brown April 3, 2018 322 Views

The judge in Bill Cosby’s sexual assault retrial gave his legal defense a huge boost Tuesday, ruling his lawyers can call a witness who says the accuser talked about framing a celebrity before she went to police in 2005 with allegations about the comedian. Judge Steven O’Neill also helped the defense case by ruling that jurors can hear how much Cosby paid accuser Andrea Constand in a 2006 civil settlement. 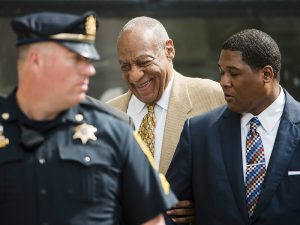 O’Neill ruled that Marguerite Jackson can take the witness stand after he blocked her from testifying at the first trial, which ended in a hung jury, saying her testimony would be hearsay.

Jackson’s testimony is crucial to a defense plan to portray Constand as a greedy liar. Constand’s lawyer has said Jackson isn’t telling the truth. The judge issued one caveat to the ruling, saying he could revisit his decision after Constand’s testimony.

O’Neill also hinted during a pretrial hearing last week that he could keep jurors from hearing Cosby’s prior testimony in a deposition about giving quaaludes to women before sex. He said he won’t rule on that until it’s brought up at the retrial.

Tuesday’s rulings came ahead of the second day of jury selection in suburban Philadelphia. Cosby swung his cane and said, “Good morning, good morning,” as he walked into the courtroom.

Just one juror was seated as jury selection began Monday. More than 180 potential jurors has been summoned to the courthouse Monday; 120 of them will make up the initial panel of 12 jurors and six alternates, reports CBS Philadelphia.

Things moved at a far quicker pace on the opening day of Cosby’s first trial last spring, when five jurors were selected.

The young man picked as a retrial juror said he did not know anything about Cosby’s case. Nearly everyone else in the initial jury pool of 120 suburban Philadelphia residents indicated they knew about the charges against Cosby.

Three-quarters of them were sent home for cause — the majority because they said they already have formed an opinion about Cosby’s guilt or innocence.

That left just 27 people invited back for individual questioning on Tuesday as prosecutors and Cosby’s lawyers work to fill 17 remaining jury spots. Another group of 120 potential jurors also was also being brought in, in case they do not make the cut.

The trial is slated to start April 9, assuming the jury is seated. Defense attorneys have said jurors should be told to prepare for a trial that lasts one month, and the panel will be sequestered. 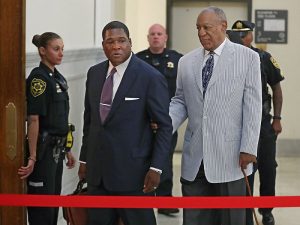 Meanwhile, The Associated Press and other news organizations filed a legal motion Tuesday to challenge an arrangement that forces reporters to watch the proceedings on a closed-circuit feed from another courtroom. The camera shows the judge, prosecutors and defense lawyers, but not potential jurors who are being questioned as a group.

Cosby’s lawyers objected to having reporters in the courtroom because they feared it could hurt their ability to find a fair and impartial jury.

Cosby is charged with drugging and sexually molesting Constand, a Temple University women’s basketball administrator, at his suburban Philadelphia home in 2004. He says the encounter was consensual.

All but one of the people in the initial group of potential jurors said they were aware of the #MeToo movement or the allegations it spurred against powerful entertainment figures. The lone person who claimed ignorance on #MeToo was not invited back.

Veteran lawyers and jury consultants say #MeToo could cut both ways for Cosby, making some potential jurors more hostile and others more likely to think men are being unfairly accused.

In all, prosecutors and the defense removed a total of 91 potential jurors before breaking on Monday.

Last year’s trial was mostly a he-said-she-said. For the retrial, O’Neill has ruled jurors can hear from five additional accusers, giving prosecutors a chance to portray Cosby – the former TV star once revered as “America’s Dad” for his family sitcom “The Cosby Show” — as a serial predator.

The AP does not typically identify people who say they are victims of sexual assault unless they grant permission, which Constand has done.

Dwayne Johnson “The Rock” speaks out about his battle with depression