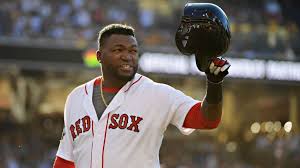 Former Boston Red Sox slugger David Ortiz had to have parts of his intestines and colon, as well as his gallbladder, removed after being shot in his native Dominican Republic,...
by Joy Smith June 10, 2019 344 Views

Former Boston Red Sox slugger David Ortiz had to have parts of his intestines and colon, as well as his gallbladder, removed after being shot in his native Dominican Republic, according to reports.

The 43-year-old also suffered liver damage when a gunman fired at him from nearly point-blank range during an ambush at the Dial Bar and Lounge in the capital, Santo Domingo, ESPN reported.

“Doctors say he is out of danger, but he is heavily sedated and will be in intensive care for the next 24 hours,” Ortiz’s media assistant Leo Lopez told ESPN’s Enrique Rojas.

Lopez said the surgery, which lasted six hours, was performed by three doctors, led by Dr. Abel Gonzalez, at the Abel Gonzalez clinic.

“Doctors say that David is out of danger, thank God,” Ortiz’s father, Leo Ortiz, told ESPN. “What they have told me post-op is that the doctors believe he will recover quickly.”

He was captured and beaten by a crowd of people at the bar in the upscale neighborhood, Dominican National Police Director Ney Aldrin Bautista Almonte said.

Garcia was treated at the Dario Contreras Hospital for a cranial contusion and trauma to his thorax, left knee and right leg, health officials said.

He was then released to police custody, according to ESPN.

Police said Ortiz was ambushed by a man who got off a motorcycle and shot him in the back around 8:50 p.m. local time Sunday.

Authorities are investigating whether Ortiz was the intended target, Bautista said.

Two other people were wounded, including Jhoel Lopez, a Dominican TV host who was with Ortiz, according to Bautista, who added that police believe Lopez was wounded in the leg by the same round.

Police did not identify the third person or describe that person’s injuries.

O.J. Simpson says his life has entered a phase he calls the “no negative zone.”

Dj Khaled is suing the billboard charts because his album didn’t make number one!