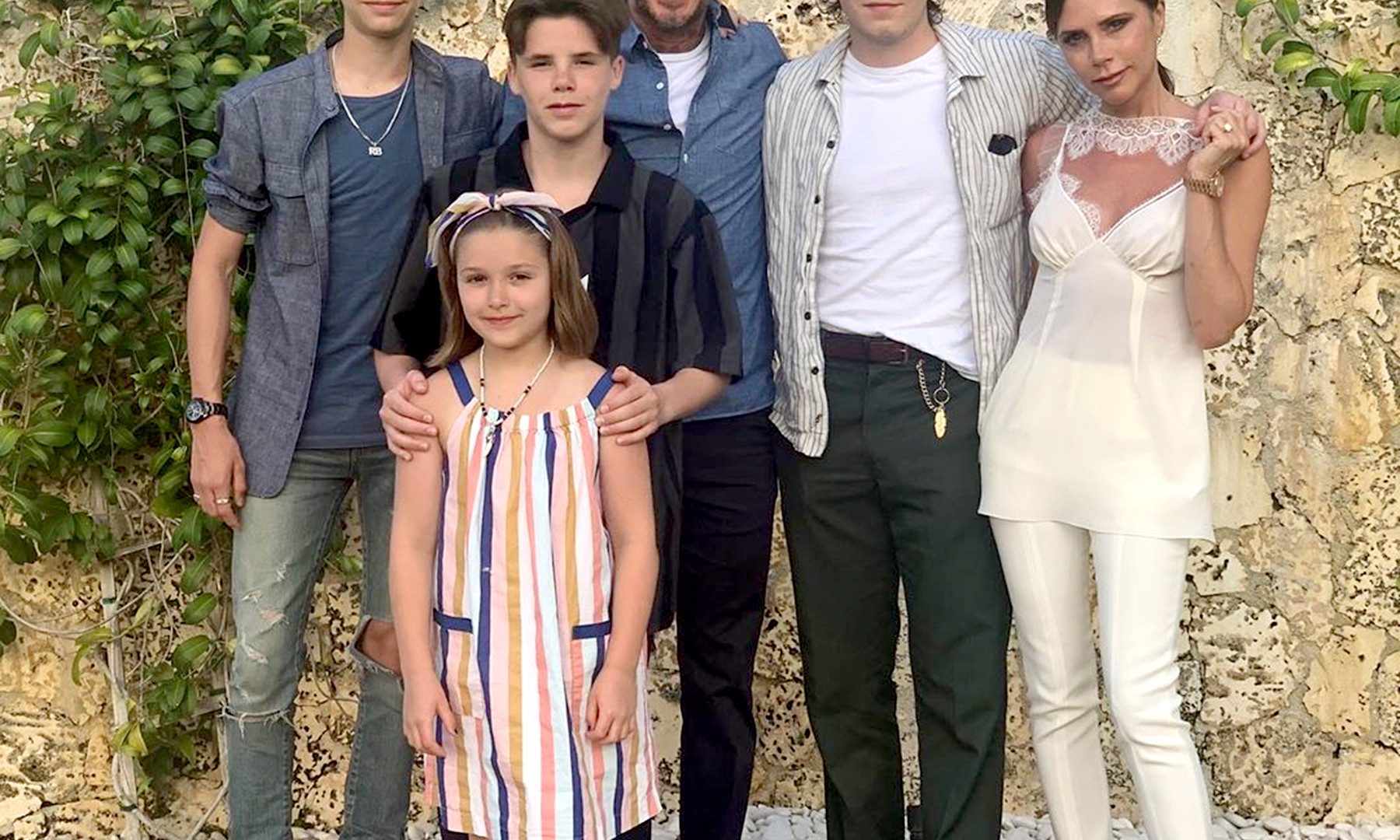 David Beckham defies critics as he kisses daughter Harper, 8, on the lips again

DAVID Beckham has turned his nose up at those who criticised him for kissing his young daughter, sharing another snap of the pair kissing on the lips. The footballer...
by Raquel Jayson December 1, 2019 812 Views

DAVID Beckham has turned his nose up at those who criticised him for kissing his young daughter, sharing another snap of the pair kissing on the lips.

The footballer and eight-year-old daughter Harper Seven were at the Natural History Museum’s ice skating rink on Friday, getting in the Christmas spirit.

David captioned the series of pictures: “It’s beginning to look a lot like Christmas 🤶🎄.. Thanks to @nhm_icerink for looking after us today.”

He chose to post the picture of him and Harper kissing first, alongside pictures of Harper showing off her skating skills, and the pair having a big daddy-daughter cuddle.

The former England captain, who is also father to Brooklyn, 20, 17-year-old Romeo and Cruz, 13, has come under fire for his decision to kiss his daughter.

Over the years he has been pictured kissing Harper at events and during private family moments, and Piers Morgan called it “creepy” and “weird”.

Good Morning Britain host Piers, 54, attacked the football ace for a video which was taken on the Beckham family’s holiday in Miami, telling viewers: “Why would a father kiss his daughter on the lips? Don’t get it. Creepy. Weird. Creepy.”

The ex-footie star’s loving Instagram posts have been met with a stream of comments from unhappy followers claiming it was “wrong” for a father to kiss his daughter on the lips.

However, troll comments are unlikely to annoy the star, who in 2017 hit out at criticism by insisting he does the same with all of his children, adding: “We want to show our kids love.”

Reacting to the disapproval from some fans, David said: “I got actually criticised for kissing my daughter on the lips the other day. I kiss all my kids on the lips.”