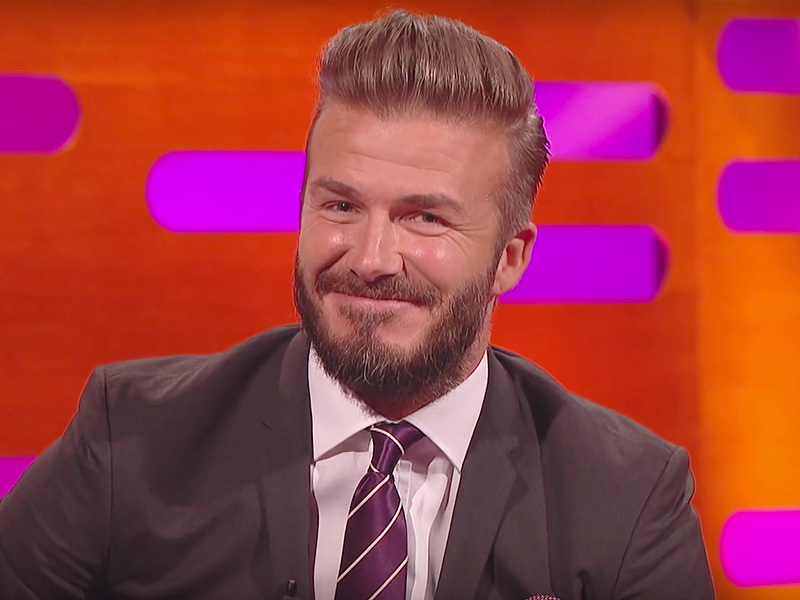 Usually it’s the child who resists having a haircut. But in Harper Beckham’s case, it was her dad who wasn’t ready for her to lose her locks. The 7-year-old’s...
by Joy Smith July 31, 2018 399 Views

Usually it’s the child who resists having a haircut. But in Harper Beckham’s case, it was her dad who wasn’t ready for her to lose her locks.

The 7-year-old’s dad, David Beckham, shared a shot of him cutting Harper’s hair on Instagram today, and it clearly wasn’t easy for him. In the image, Harper is all smiles while her dad plays hairdresser. The soccer star is pouting as he gets ready to make a snip. Despite the trepidation, Beckham wrote, “…I didn’t think it was possible for this little one to look anymore beautiful but ♥.”

If that doesn’t melt your heart, we don’t know what will.

It shouldn’t come as a surprise that he had a hard time parting with Harper’s hair. Beckham had previously told Yahoo Lifestyle that he never wanted to cut Harper’s hair. “[A]bout a year ago, my wife said, ‘Maybe we should cut Harper’s hair.’ And I was like, ‘No! We need to grow it. Do. Not. Touch.’ Since she was born, we haven’t cut it. That’s why it’s pretty much down to her knees.” He said he just “had to” protect her hair because it was “just so good.”

And it’s true: Harper has become quite the hair icon.

The 43-year-old got his appreciation for hair from his mother, who was a hairstylist. “I do cut my sons’ hair from time to time. When they have a buzz cut, I do it. If I have to use scissors, the boys know not to ask — she never taught me how to do that,” he said of learning about hair from his mom.

Well, it looks like he’s learned a thing or two since then.

Andy Cohen has a big decision to make!