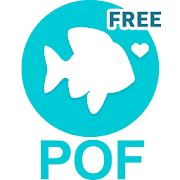 According to the dating site’s poll, 25 percent said they believe potential dates are “pretending to be someone they’re not.”Sept. 18, 2019, 12:29 PM PDTBy Minyvonne Burke

In a blog post on Tuesday, the site announced that it was “implementing a face filter ban across the platform” and would begin to remove photos that feature them after a poll found that 75 percent of single people said the use of filters “heavily altered someone’s appearance to be deceptive.”

According to Plenty of Fish, which surveyed 2,000 single people in the United States for the poll, 25 percent said they believe potential dates are “pretending to be someone they’re not” when they post a photo on their profile with a face filter.Twenty-five percent of singles said their first thought when seeing a potential match with a face filter on their profile is that they’re pretending to be someone they’re not.Plenty of Fish

“When looking for a partner online, it’s important that users feel like they’re seeing their matches as the real them in their photos, and not the glossed over, puppy-faced version a filter would supply,” the site said in its blog post.

The worst offender was the dog filter, which gives users floppy dog ears on the top of their head, a dog nose, and a wagging tongue when the person opens their mouth. The filter was made popular by Snapchat and Instagram.

According to the poll, 22 percent of people said they dislike the filter being used in a dating profile photo. Other filters those surveyed don’t care for are the bunny filter, the fake glasses, the flower crown and the deer filter.

Face filters are arguably more popular among women, but a spokesperson for Plenty of Fish told NBC News in a statement on Wednesday that 53 percent of single females surveyed in the poll said the filters should be prohibited.

The spokesperson said they have not received any pushback about the ban.

Plenty of Fish has more than 150 million registered users worldwide, according to its website.