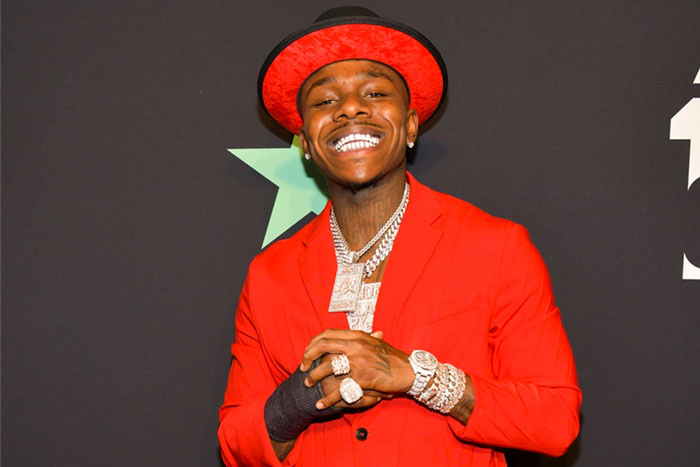 DABABY THROWING A PUNCH FROM THE STAGE??? … Fan Goes For His Chain

DaBaby seems to have handled his own business for once instead of resorting to goons — ’cause he appears to have thrown a punch at a handsy fan. The North...
by Raquel Jayson September 21, 2019 417 Views

DaBaby seems to have handled his own business for once instead of resorting to goons — ’cause he appears to have thrown a punch at a handsy fan.

The North Carolina rapper — who’s been blowing up these past few months — was performing Friday night as a headliner at the Prime Festival in Lansing, MI … where at one point in the show, he seemed to hurl his fist (sloppily) at a guy in the front row.

DB probably had good reason to swat at him though … looks like the dude got his paws on his chain, and might’ve even been trying to tug on it and snatch it away.

In video of the altercation, obtained by TMZ, DaBaby is below the stage level and face-to-face with the crowd, where only a barricade separates them. We’re told DB was doing his thing, when someone close by reached up and made contact with his jewelry.

Well, DaBaby noticed and paused to throw a punch — although, it’s unclear if it landed properly or even made contact with the guy. After that, eyewitnesses tell us DaBaby hopped back onstage and finished out his 30-minute set … immediately leaving the stage.

We’re told nobody called cops and no one appeared to be injured — so no harm, no foul really. That’s good, considering DB has a bit of a track record being around beatdowns, allegedly at the hands of his entourage with him looking on.

While he did take credit for a beating at a mall once, after a dude relentlessly heckled him, it was not clear at the time if he’d handled the fella himself or not. Fast-forward to early August, when another fan got a thrashing … and DB had his hands clean there too.