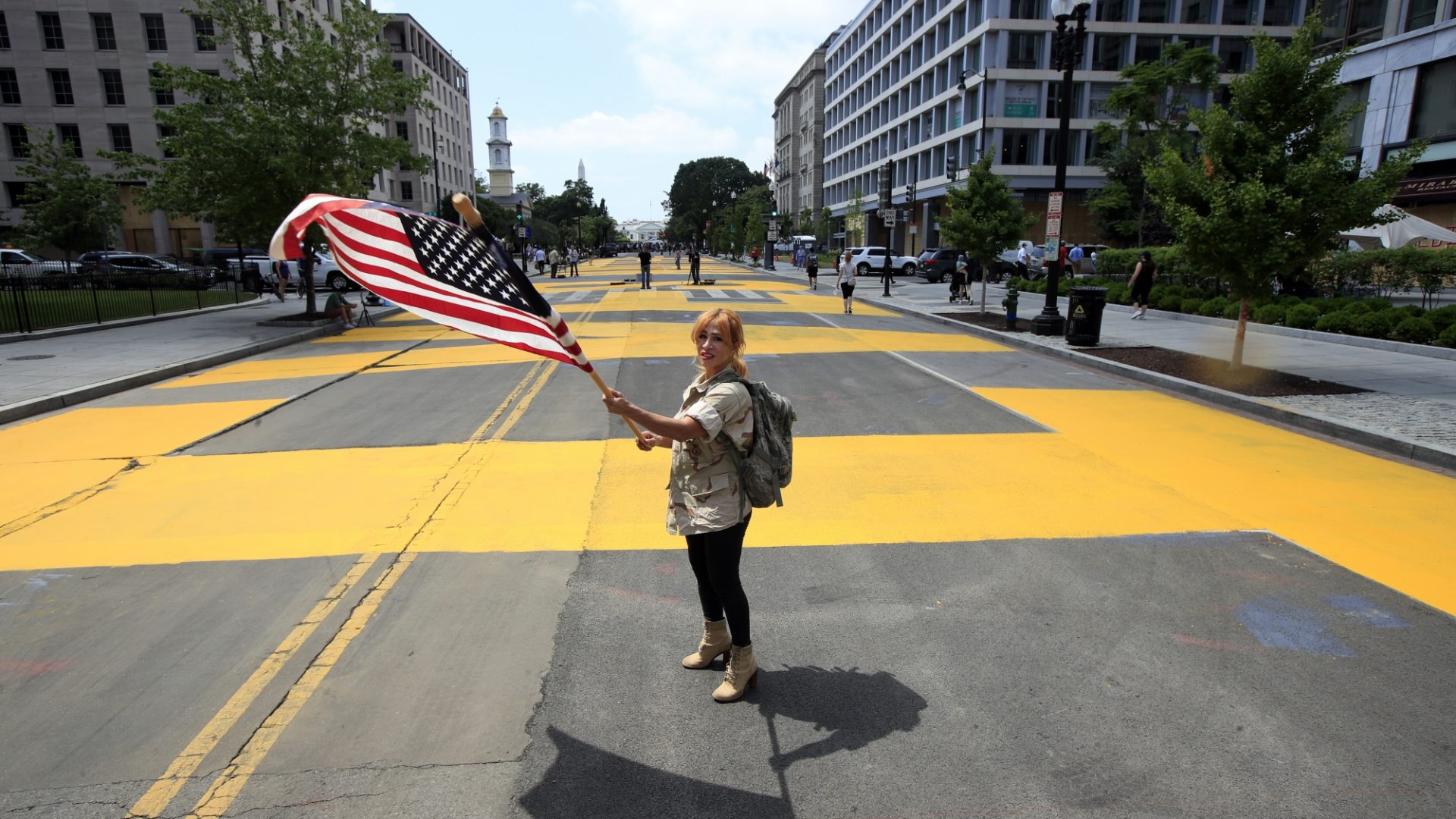 Ahead of an expected eight consecutive days of protests in D.C., Mayor Muriel Bowser penned a formal letter to President Donald Trump requesting the removal of federal law enforcement and military personnel from the city.

In the letter, Bowser explains that with several nights of peaceful protests in which no arrests were made, she had decided to end the state of emergency in the city.Mayor Muriel Bowser✔@MayorBowser

I request that @realDonaldTrump withdraw all extraordinary federal law enforcement and military presence from our city.

Thursday’s protests remained peaceful and active, even as severe thunderstorms rocked the area.

WTOP’s Alejandro Alvarez, who has been covering the protests extensively, reported that Thursday’s crowds were slightly smaller than previous days’ protests, but those crowds are expected to grow through the weekend.

In recognition of Breonna Taylor’s birthday, Bowser renamed the section of 16th Street in front of the White House “Black Lives Matter Plaza.”

Taylor, 26, was shot and killed by police in her home on March 13, when they mistakenly executed a no-knock warrant on her apartment while looking for a suspect.

Breonna Taylor, on your birthday, let us stand with determination.

Determination to make America the land it ought to be.

“There was a dispute this week about whose street this is,” Bowser’s chief of staff tweeted. “Mayor Bowser wanted to make it abundantly clear that this is DC’s street and to honor demonstrators who peacefully protesting on Monday evening.”

D.C. police Chief Peter Newsham said Thursday that the protests planned in D.C. on Saturday may be the biggest the city has ever seen.

Around noon, physicians holding signs reading “Am I next?” and “Black Lives Matter” stood in front of the hospital in memory of Floyd.