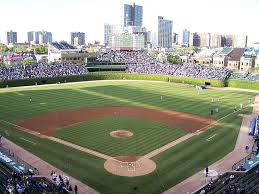 Cubs star returning to the field after MLB investigation!

Addison Russell returned to the Chicago Cubs on Friday, one day after Major League Baseball began an investigation of the shortstop. He had been accused of hitting his...
by Katricia Brown June 9, 2017 539 Views 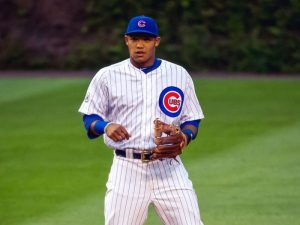 Addison Russell returned to the Chicago Cubs on Friday, one day after Major League Baseball began an investigation of the shortstop.

He had been accused of hitting his wife in a social media post that has since been deleted. Russell denies the allegation.

“I’m here to stay,” Russell said shortly after arriving at Wrigley Field. “This is my job. This is what I love doing.”

He wasn’t in the starting lineup for the game against the Colorado Rockies, but was available to play. Javy Baez started at shortstop.

On Wednesday, Russell’s wife, Melisa, posted a photo on her Instagram account with a caption suggesting he had been unfaithful to her. In another post, a user — described by Melisa as a close friend — made the accusation that Russell had “hit” his wife.

The 23-year-old Russell did not address questions about the allegations, saying he will stick with his written statement Thursday that said: “Any allegation I have abused my wife is false and hurtful. For the well-being of my family, I’ll have no further comment.”

The Cubs contacted MLB after learning of the allegation Wednesday night. The team told Russell not to come to the ballpark for Thursday night’s game against the Rockies.

“I felt sad, man,” said Russell, who watched the game on television. “I love being here, in this clubhouse, with the guys having fun.” 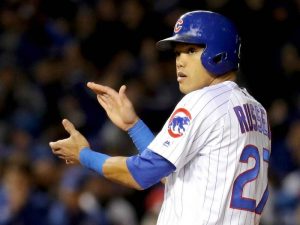 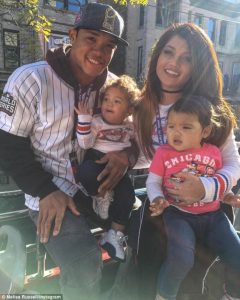 Manager Joe Maddon had a long conversation with Russell on Thursday night.

“He sounded like he was in a good place, so we want him to continue that,” Maddon said. “He’s there today. He’s one of our key guys and he has handled himself extremely well. So, we’ll treat him normally and get him back on the field.

“I don’t think we’ll change anything we do interactively with him. Let’s just play the game today … and if we need him, he’s going to play.”

Russell is having a down year at the plate. He was batting .209 with three home runs and 19 RBIs heading into Friday. Last season, he hit .238 with 21 homers and 95 RBIs.

He said his personal life has had no impact on his play.

“There’s periods of time where you’re struggling, you’re scuffling and sometimes you stink,” he said. “I know being young, in the major leagues, is coming to come with a lot of adversity. But I’m here for a reason. It’s because I’m good.

“Every day brings a learning curve. You tackle those adversities day by day and you overcome those. It’s only going to make you a better player, a better person at the end of the day.”

The End of a An Era: Date Set for Implosion of the Georgia Dome

Model With A Rare Genetic Disorder Who Broke All Fashion Stereotypes! Check her out!