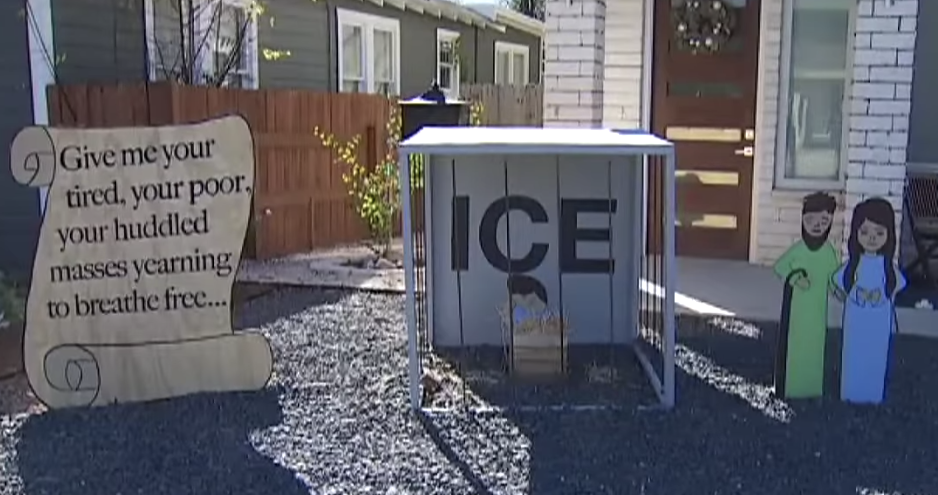 AUSTIN, Texas (FOX 7 Austin) – This Christmas instead of being tucked away in a manger, one nativity scene in Central Austin shows baby Jesus behind bars in an ICE detainment cage....
by Joy Smith December 26, 2018 385 Views

AUSTIN, Texas (FOX 7 Austin) – This Christmas instead of being tucked away in a manger, one nativity scene in Central Austin shows baby Jesus behind bars in an ICE detainment cage.

The couple handcrafted the display in front of their home on 51st Street.

“We are making a statement because during this holiday season no matter what country you live in no matter what your ethnicity is you should be with your family at this time and unfortunately our country in recent history has decided to separate families,” Kate Naranjo said.

A controversial image reflecting unaccompanied minors who were and are currently being held in detainment facilities. Meanwhile, thousands of migrants wait along the border in makeshift camps seeking asylum. A parchment attached to the display reads, “give me your tired, your poor, your huddled masses yearning to breathe free.”

Naranjo knows the satirical display can be displeasing to some.

“If you know your history and you know the story of the nativity scene then you don’t see this as political because this is a reflection of Jesus’s story he was a refugee,” said Naranjo. “Each year we try to bring a little levity but also some seriousness to the holiday season.”

This isn’t the couple’s first Christmas display to turn heads.

Last year, President Trump was depicted as the Grinch.

Drake wants to brag on his son too! Check him out!

Time is running out for $1.5B Mega Millions jackpot winner to collect money