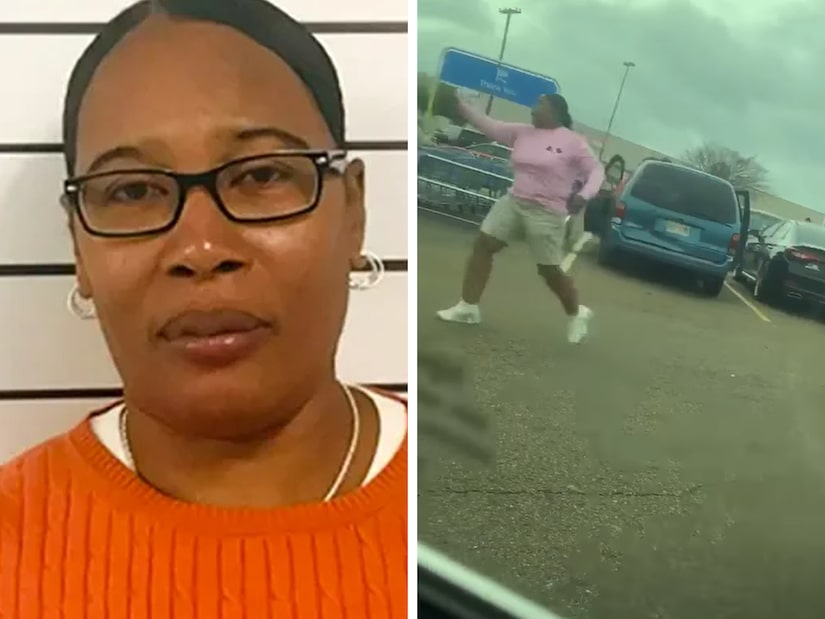 Shocking video from the Walmart in McComb shows what police say is a Summit Town Councilwoman firing a gun in the crowded parking lot. Lillian Martin said she was...
by Raquel Jayson December 3, 2020 261 Views

Shocking video from the Walmart in McComb shows what police say is a Summit Town Councilwoman firing a gun in the crowded parking lot.

Lillian Martin said she was the person who could be seen in almost a millisecond of the video, running for her life.

“I’m scared. I’m still scared. I’m scared right now, and, I mean, I’ve been in the military 20 something years and been in a war but I’ve never been this scared,” she said.

Martin has filed charges against Councilwoman Pauline Monley after the video seems to show Monley firing a shot at her in the McComb Walmart parking lot. Martin’s fiancee has also filed charges.

“Councilwoman Monley turned herself in today and she was arrested for domestic violence, simple assault, and discharging a firearm inside the city of McComb,” said Police Chief Garland Ward.

“At the end of the day, no matter what happened or what transpired prior to the incident, there was no need for you to fire a weapon at the parking lot of Walmart on one of the busiest days of the year,” he continued.

Martin said she is engaged to Monley’s ex-girlfriend, which has caused other problems in the recent past. She said the fight started when Monley allegedly attacked the other woman and she stepped in.

“That’s when she reached in her pocket and pulled out a gun and all I heard was someone say, ‘She’s got a gun!’ and I started running,” said Martin. “And as I started running I heard one shot and after that she turned around and pointed a gun at my fiancée and started beating her up from behind.”

It’s unclear how this will affect Monley’s seat on the Summit Town Council.

Meanwhile, area residents are still floored that the shooting even happened at Walmart. Some of them didn’t know it was an elected official who was accused.