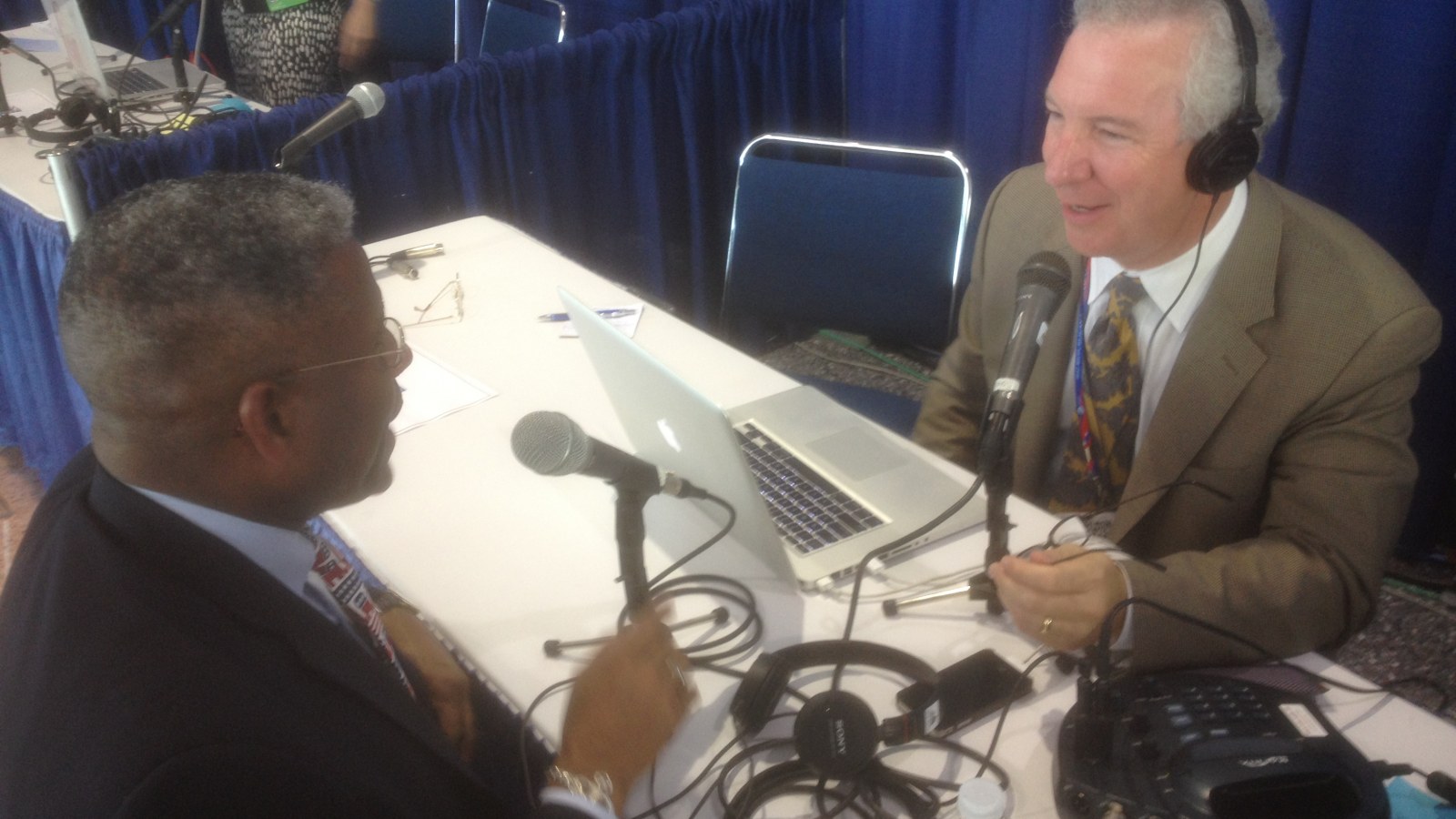 Phil Valentine’s death comes a month after it was announced that he had been hospitalized due to COVID-19.

Phil Valentine, a conservative radio talk show host who changed his mind about refusing the COVID-19 vaccine after contracting the virus, has died after a battle with COVID-19. He was 61.

“We are saddened to report that our host and friend Phil Valentine has passed away,” the radio station tweeted. “Please keep the Valentine family in your thoughts and prayers.”

Phil’s death came over a month after he was hospitalized due to COVID-19 in July. The Tennessee native had said on multiple occasions that although he was not an anti-vaxxer, he did not want to get the COVID-19 one because he considered himself low risk.

Phil’s brother, Mark Valentine, said in a prior statement that his sibling saw things differently after his hospitalization.

“Phil contracted the COVID virus a little over a week ago & has since been hospitalized & is in very serious condition, suffering from COVID Pneumonia and the attendant side effects,” Mark said in July. “He is in the hospital in the critical care unit breathing with assistance but is NOT on a ventilator.”

“Phil would like for his listeners to know that while he has never been an ‘anti-vaxxer’ he regrets not being more vehemently ‘Pro-Vaccine’ and looks forward to being able to more vigorously advocate that position as soon as he is back on the air, which we all hope will be soon,” he added.

Mark concluded the message by writing, “PLEASE GO GET VACCINATED!”

“Phil Valentine was a visionary for the conservative movement, and he made an enormous impact on the lives of many Tennesseans,” Sen. Marsha Blackburn tweeted. “My deepest condolences and prayers are with Phil’s wife, Susan, and his family. May they be comforted and surrounded by love during this difficult time.”

“[Phil] made a difference in life as a strong conservative voice & leading the fight to stop the state income tax two decades ago,” added Tennessee State Representative Cameron Sexton. “He will be greatly missed by all! Our heartfelt prayers & deepest sympathies go out to the Valentine family & Phil’s radio family @997wtn.”

Meanwhile, Tennessee Gov. Bill Lee wrote in his own statement, “Maria and I are deeply saddened by the loss of Phil Valentine and pray for his family as they navigate the difficult days ahead.”