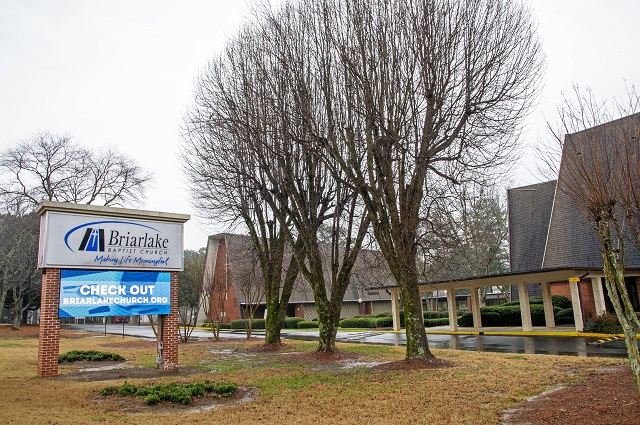 Tommy Ferrell, the lead pastor at Briarlake Church in greater Decatur, confirmed he attended the March to Save America Rally in Washington, D.C. on Jan. 6 but said he did not join...
by Zach Freeman January 12, 2021 652 Views

Tommy Ferrell, the lead pastor at Briarlake Church in greater Decatur, confirmed he attended the March to Save America Rally in Washington, D.C. on Jan. 6 but said he did not join the pro-Trump mob that stormed the Capitol that day.

He said he was at the Washington Monument, but did not storm the Capitol building with other people who attended the event.

“I was not at the Capitol,” he said in a Facebook message. “Do not fallaciously misrepresent the facts or me or you will find yourself under a lawsuit for libel. We still have First Amendment rights and if mine are violated, you will be sued.”

The coup attempt, intended to stop the certification of President-elect Joe Biden’s Nov. 3 election win, resulted in the deaths of at least five people including a Capitol police officer who was beaten to death with a fire extinguisher.

Ferrell said he wasn’t there for that, doesn’t condone that, and was watching it while eating tacos in his hotel room. Ferrell mentioned that he attended the rally during a sermon he gave on Sunday, Jan. 10. He seemed to anticipate that his appearance would stir up controversy, which it did once local activists caught wind of photos on his Facebook account and began circulating them.

During his sermon, he noted his photo at the hotel was “time stamped” and proved he wasn’t there when the mob rushed the Capitol.

“I was sitting in bed with my feet up watching Fox News and said, ‘Oh lord help us, storming the Capitol,’” Ferrell said during his sermon. “I got it time stamped. I wasn’t there. They may come after me anyway.” 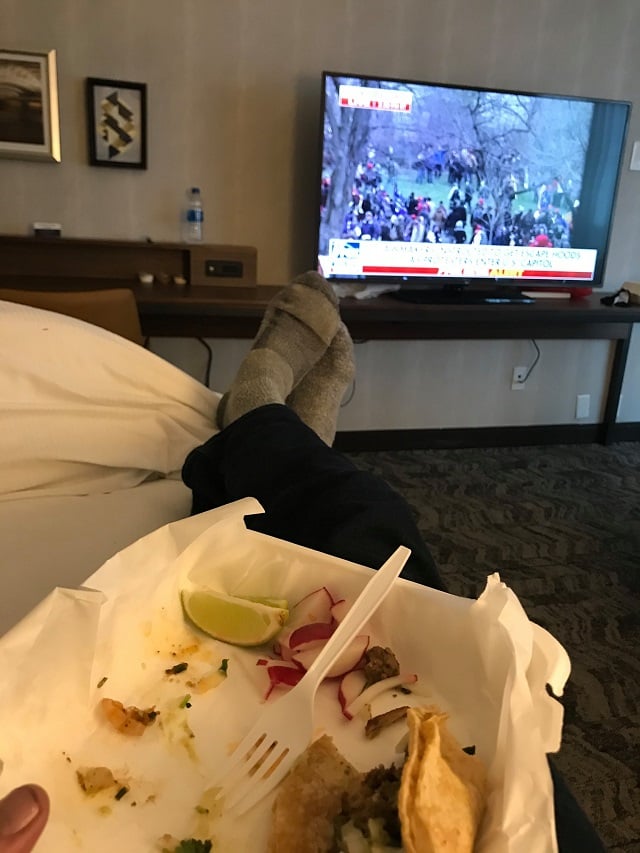 Briarlake Church pastor Tommy Ferrell provided this photo that he says proves he was not at the Capitol when a violent mob invaded it. “Here is where I was during the Capitol entry period. Finished eating at my room in Bethesda Maryland. Watching it on TV. Time stamped.” Photo provided to Decaturish.com

During the interview with Decaturish, he blamed the violence at the Capitol on QAnon supporters – followers of a vast and at times incomprehensible conspiracy theory – and Antifa, a left-wing group opposed to fascism. While QAnon followers were definitely there, a review by the Associated Press found that the mob was definitely pro-Trump and that there was “no indication” the violent actions were committed by members of Antifa in disguise. ABC news reported that President Trump and his allies planned the rally that led to the attack. Ferrell noted that it appears some people were let inside the building by Capitol police, which was also reported by NBC.

Ferrell said during his sermon that while he doesn’t condone what people did, some of the people who stormed the Capitol were good people who made a bad choice.

Briarlake Church is the largest Southern Baptist church inside I-285 and has 2,300 members, Ferrell said. It also serves as a polling location for DeKalb County Voters.

“It is a generationally and ethnically diverse, patriotic congregation,” he said. He’s been a pastor there for 16 years.

Jana Miles, a local Democratic activist, saw the posts circulating among several groups and one of her friends forwarded it to Decaturish. She said the posts and his sermon made her feel “fear and revulsion.” She lives within walking distance of the church and she votes there.

“I am horrified that here in DeKalb County, which is the bluest county in the nation that people are sitting in a church of that size and listening to that garbage,” Miles said.

When asked if it made any difference that Ferrell was eating tacos in his hotel instead of storming the Capitol, Miles said it did not.

“No, because he was celebrating these people on his Facebook page and from the pulpit of his church. He’s in a position of influence,” Miles said.

Ferrell in an interview said he doesn’t condone what the mob did. He said the rally he attended was a peaceful one. He said he was there to “observe and pray.”

“I do not condone what they did,” he said. “If our republic is being stolen by foreign or domestic forces, then that would be a concern. That is why many thousands of good people assembled on the mall [in D.C.]”