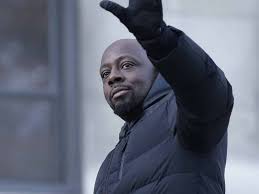 Congratulations! Wyclef Jean awarded a key to the city of Brooklyn!

Source: Angelo Boyke / Angelo Boyke Wyclef Jean and the arc of his career has been largely associated with New Jersey by way of his fame with The Fugees. However,...
by Joy Smith August 21, 2018 323 Views

Wyclef Jean and the arc of his career has been largely associated with New Jersey by way of his fame with The Fugees. However, the Haitian-born producer and global artist first arrived in America and settled in the planet of Brooklyn with the borough awarding him a key to the city over the weekend.

to New York from his native Haiti and while New Jersey is where he came to form The Fugees alongside Lauryn Hill and Pras Michel to worldwide acclaim.

At the Wingate Summer Concert Series, Brooklyn Borough President Eric L. Adams handed Jean the award for his contributions to music and beyond. Also in attendance were his wife, Claudinette Jean, and their daughter, Angelina.

Thank u for giving me the Key to the city of Brooklyn last night !!!!! I am forever grateful and the best part was having @_angelinajeann_@claudinettejean17 with me to receive this honor and my team at @headsmusicforever grateful see your sept 6 in New York Sony hall with the @funkflex !!! God is great !!!!

The timing couldn’t be better for the multi-talented star as he’s gearing up for the release of his upcoming mixtape, Wyclef Goes Back To School and doing a tour stop next month at New York’s Sony Hall.

Wyclef Jean’s mixtape drops on Sept. 6, and his tour stops on the same day in New York City.

Missing at the VMA’s: Why your favorite stars weren’t there! The Carters, Drake, Rihanna, Ed Sheeran, Taykor Swift,