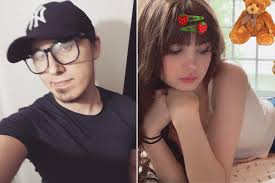 Community disturbed by message murderer left behind with neighborhood victim!

The upstate man accused of killing teen social media star Bianca Devins, whom he was dating, left a chilling message in spray paint near her lifeless body, police and neighbors said Tuesday.

“May you never forget me,” Brandon Clark, 21, allegedly scrawled on a dead-end street in Utica, where authorities discovered his slain 17-year-old girlfriend, according to Utica police.

“They should get rid of it. It’s bad enough she is dead. Now, every time you see it, you think of the poor girl,” said Rose Circelli, who lives near the message, told The Post.

“I don’t know why [the killer] picked my street. It’s scary. I don’t like it — it makes me feel leery knowing it happened so close,” she said.

On Sunday, Clark posted a grisly photo of Devins’ corpse on Instagram then called cops, saying he might hurt himself, too, according to police.

When cop confronted him on the street near the scrawl, he allegedly began to slit his throat with the knife.

He was charged Monday night with second-degree murder and was being held in the Oneida County Correctional Facility after undergoing surgery for his wounds.

The couple had been dating for around two months after meeting online. They attended a concert Saturday night in New York City, but an argument ensued at the venue and escalated to the gruesome killing, authorities said.

Police invites pastor for questioning after making humiliating comments about his wife in church!