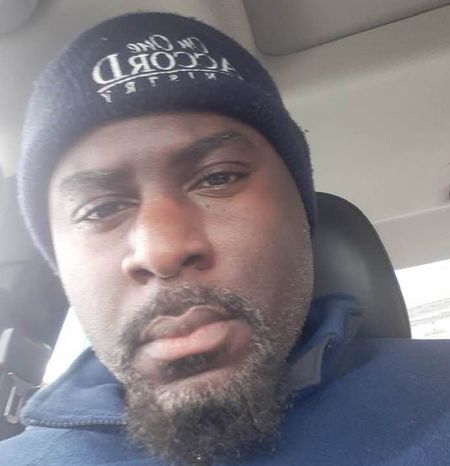 Gregory Clark Jr. spent his life trying to help people. Emulating his father, he became a pastor at an area church. He began a career as a corrections officer...
by Zach Freeman July 10, 2020 235 Views

Gregory Clark Jr. spent his life trying to help people. Emulating his father, he became a pastor at an area church.

He began a career as a corrections officer in 1998 after years of watching is father preach to children as the chaplain of the Cuyahoga Hills Correctional Facility, his mother Annie Clark said.

Clark, 46, died early Tuesday after a nearly two-month battle with the coronavirus that included a 45-day stay at the Cleveland Clinic, where he died. He is the first person— either inmate or officer— at the jail to die from the virus or the complicating health issues that come with it.

“Everything happened gradually,” Annie Clark said. “They did so many procedures on him, it was almost like they had a zipper on his chest, they had to open him up so much. It’s been horrific.”

Annie Clark criticized the county for failing to provide the protection that jail officers need, especially in a close-quarters environment. More than 30 corrections officers have tested positive for the virus, according to the Ohio Patrolmen’s Benevolent Association, the union that represents the county’s corrections officers.

“I just don’t feel like they were providing the protection necessary for the officers,” Annie Clark said. “Realizing how serious this was in a correctional environment where there is no physical distancing, they should have done more.”

Cuyahoga County prosecutors, public defenders, judges, sheriff and MetroHealth officials, who are in charge of healthcare at the jail, worked in late March to release some 900 inmates from the chronically crowded jail to free up space to hold inmates who tested positive in cells away from others who hadn’t been infected. Cuyahoga County Sheriff David Schilling also refused to house anyone arrested on misdemeanor crimes.

Corrections officers, as part of the plan, were given masks and gloves to wear, and officers who worked directly with inmates with positive or who came into close contact with anyone who tested positive were given extra equipment, including N95 masks and shoe coverings.

MetroHealth and county officials in a May 20 Cuyahoga County Council Safety Committee hearing hailed the plan as a success.

“Gregory Clark is an example of a truly selfless worker – one who may not have been seen every day by the public, but one whose work was crucial to all of us in the county. We mourn with his family because he was one of us.”

Clark grew up in Cleveland Heights, where he graduated from Cleveland Heights-University Heights High School. When he was in his high-school years, he started working on Christian rap songs. He continued that in his adult years and had recently finished his newest album, his mother said.

He was hired as a corrections officer in 1998, and became a pastor at the Mt. Olive Baptist Church in Cleveland.

Clark was diagnosed with leukemia in 2018, his mother said, but the cancer went into remission by the end of the year.

He typically worked at the county’s Bedford Heights jail that houses fewer inmates accused of or sentenced for low-level crimes. In early May he was reassigned to work in the downtown jail at the Justice Center, during a time when coronavirus cases surged.

Within a week, he tested positive for COVID-19, his mother said. He quarantined in his home for about a week-and-a-half, and apologized to his mother because he couldn’t cook for her on Mother’s Day, an annual tradition.

His condition worsened and an ambulance took him to MetroHealth on May 26. He was flown via emergency helicopter to the Cleveland Clinic on June 1, where he was put on a ventilator. His mother said he underwent multiple surgeries and blood transfusions. His lungs collapsed several times and his kidneys failed.

His mother said last week he finally received three negative tests for the virus. He remained on a ventilator because of the damage to his lungs and other organs.

“Everything shut down,” Annie Clark said. “His lungs were damaged beyond repair, his kidney and heart were severely damaged. It was just unbelievable.”