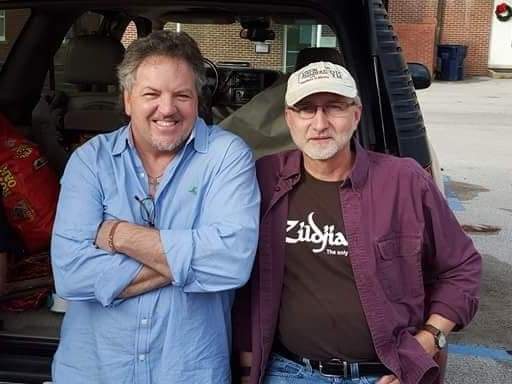 “He got pretty sick pretty fast,” said Buck. “It was just never good by the time he was hospitalized. We were hopeful, of course, and lots of people were praying for him and expecting him to get better.”Tennessee COVID-19 infections soar among the unvaccinated, nearing new peak

Buck said Parks was in his mid 50s when he decided to enroll in Memphis Theological Seminary and become an ordained minister.

He said Parks was a grief counselor and performed hundreds of funeral services for families who did not have a pastor or belong to a local church.

“Memorial Park, Memphis Funeral Home, Collierville Funeral home knew if they had a family that did not have a church connection, they could call Morgan,” Buck said. “He would come and learn all he could about the deceased and do a wonderful eulogy.”javascript:

Tonya Martin, a longtime friend who grew up across the street from Parks, said she bonded with him because they were both adopted.

“You know, you feel different when you are adopted,” said Martin. “Recently, I found my biological sisters, and they looked like me, and so it filled a total void that I had in my heart for so long. Well, the same thing happened to him. He had just recently found his birth brother.”

In 2017, Parks found out by chance that his long-lost half-brother was Christian recording artist Michael Anthony Curtis. Two years later, the brothers appeared on a nationally syndicated Christian talk show to discuss their reunion and perform a song together.

“Their harmonies were just magical. It made me cry because I knew the feeling that he had of meeting his birth brother,” said Martin.

Parks leaves behind six children and several grandchildren. Martin said he had a big heart and will be missed by so many.

“It’s a shock. He was so full of life. It’s hard to imagine,” said Martin.

Buck said the church hopes to announce funeral arrangements over the weekend and plans to have an outdoor memorial service in the church’s amphitheater. He said Parks did a lot of work on the amphitheater and organized many concerts and outdoor events there.