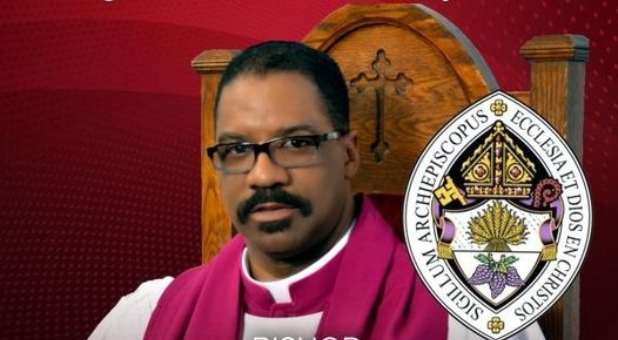 The Church of God in Christ announced it has elected a new Presiding Bishop to lead the organization.

According to the press release, The COGIC  General Assembly, the legislative body of the denomination, has voted Bishop J. Drew Sheard of Detroit, Michigan as the leader of the worldwide organization.

“I am humbled and incredibly grateful for the opportunity to serve this extraordinary organization, the Church of God in Christ, as its new leader and Presiding Bishop,” Sheard said.

Sheard was born and raised in metro-Detroit. After graduating high school, he attended Wayne State University, where he received a Bachelor of Science degree in Education, and a Master of Education degree in Mathematics.

Sheard is a former math teacher and has served as senior pastor of the Greater Emmanuel Institutional Church of God in Christ since 1988.

Sheard is the prelate of the Michigan North Central Jurisdiction. He was a former Auxiliary in Ministries (AIM) Convention chairman and International Youth Department president for COGIC. Since 2012, he has served as a member of the General Board.

Sheard is married to Dr. Karen Clark-Sheard, a member of the legendary Grammy Award-winning group The Clark Sisters and is the father of Kierra and J. Drew II. He has two grandchildren.