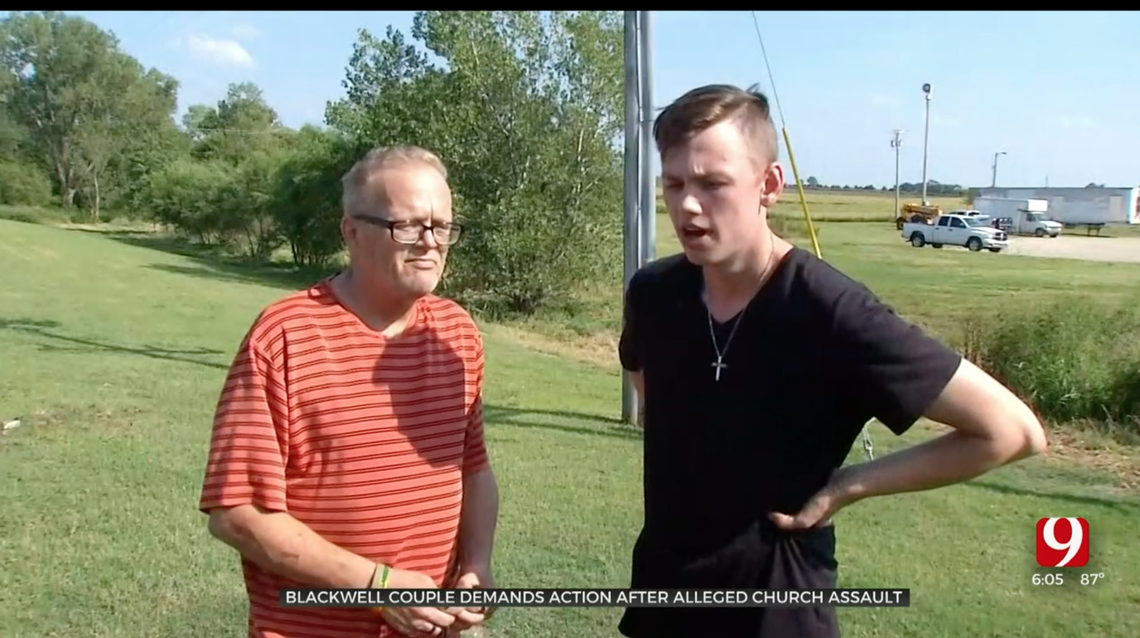 Church members pin down Oklahoma man while praying for him to stop being gay, he says

The Supreme Court ruled Friday that same-sex couples have the right to marry across the country. Both supporters and anti-gay marriage activists gathered outside the Supreme Court, as many...
by Raquel Jayson September 17, 2019 270 Views

The Supreme Court ruled Friday that same-sex couples have the right to marry across the country. Both supporters and anti-gay marriage activists gathered outside the Supreme Court, as many celebrated the historic decision. BY MCCLATCHY

Sean Cormie, 23, says his family invited him and his partner, Gary Gardner, to First Assembly of God church in Blackwell on September 8, KFOR reported.

“I wanted to go to church to make my mom proud and make her happy,” Cormie said, according to the news outlet. The church service carried on normally until the end, the couple says.

Cormie says the pastor began calling homosexuality an “abomination” and a “sin,” pleading for the couple to “realize (and) wake up,” KFOR reported.

The couple became uncomfortable and tried to leave, but Gardner says church members pushed him out of the building while they held Cormie inside, according to KWTV.

“The church last Sunday harassed me, and held me down when I was crying to leave and couldn’t breathe,” Cormie wrote in a Facebook post.

Cormie said he was pinned down while church members “prayed over him” and “spoke in tongues,” KFOR reported. He says at some point, he was punched in the face.

It was Cormie’s sister who eventually convinced the group to let him go, he told KWTV.

“She held my face and said, ‘God is in you speak, speak, speak Sean,” according to the news outlet. “This is not their judgment this is God’s judgment. They don’t have the power of God in their minds.’”

Cormie says he filed a report with Blackwell police, which confirmed the incident to KFOR but wouldn’t comment on an ongoing investigation.

First Assembly of God posted a statement to their Facebook page calling the incident a “family matter that escalated.”

“First Assembly is a congregation that loves and is comprised of people from all different backgrounds,” the post says. “In response to allegations that have been made, this incident began as a family matter that escalated. Our church would never condone restraint of any person unless they were engaged in violent activity. There is much more to this story, and we are cooperating fully with law enforcement to bring all of the facts to light as a rush to judgment is not in anyone’s best interest.”

KIERRA SHEARD TO PERFORM WITH CHANCE THE RAPPER ON JIMMY KIMMEL LIVE! TONIGHT!