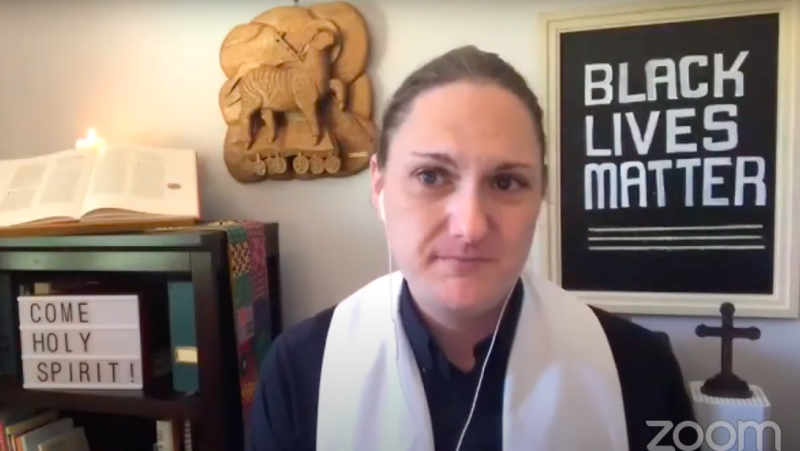 Church dismisses pastor who came out as transgender in Sunday sermon

June Joplin, the Canadian Baptist pastor who came out as transgender in her Sunday sermon June 14, has been dismissed from her pulpit at Lorne Park Baptist Church in suburban Toronto....
by Zach Freeman July 23, 2020 163 Views

June Joplin, the Canadian Baptist pastor who came out as transgender in her Sunday sermon June 14, has been dismissed from her pulpit at Lorne Park Baptist Church in suburban Toronto.

Member Anne McKye, speaking on behalf of the church’s executive council, wrote a letter to the congregation July 20 reporting that a congregational vote drew 52 percent of votes in favor of dismissing the pastor and 48 percent in favor of retaining the pastor. A total of 111 ballots were cast. Joplin reported the vote as 58 to 53.

“The last five weeks have been a difficult time in the life of our church as our discussion and decision about our future with or without Pastor Joplin has come suddenly and resulted in a wide range of strongly held views on how to proceed,” she wrote. “Over the last few weeks, we have collectively and individually sought God’s will for our fellowship and now, at this juncture, we believe that with reliance on Christ you have chosen what is God’s will for the next stage of our church.”

After her coming-out sermon — which church leadership did not know about in advance — Joplin told BNG she chose this means of making the announcement because she has known other pastors who were silenced after coming out and never given a chance to tell their stories. Realizing she could lose her pulpit, she chose to use that sermon to tell her story.

The YouTube video of her sermon has nearly 15,000 views.

Joplin told friends on Facebook that she has “eager anticipation over entering the next chapter of my life. I don’t know where I’ll land next, but I know I’ll land as my authentic self.”

Since church services via Zoom are the “new normal,” she noted, she already has been invited to preach for several churches beyond Toronto. This Sunday, she will be the guest preacher for St. Charles Avenue Baptist Church of New Orleans.

For now, she draws comfort for the words she often has used on Sunday mornings at Lorne Park: “God is always up to something. That’s good news. And there’s more; God is constantly inviting us to be a part of that something.”

A statement from the church to BNG described the dismissal vote as “the first stage” of process for discerning the church’s future. “After a month of prayerful discernment and discussions between June and the congregation, it was determined, for theological reasons, that it is not in God’s will that June remain as our pastor,” the statement said. “We wish June God’s grace and peace as she departs from us.”

Although statistics are not readily available to say how many Christian congregations in the United States have pastors who are transgender, the number is believed to be small. Religion News Service just this week published an article about how seminaries are ahead of local congregations on welcoming transgender clergy.