A church cleaning woman has been arrested on suspicion of attempted murder after authorities say she stabbed two people in the head while working at the Pentecostal Church of... 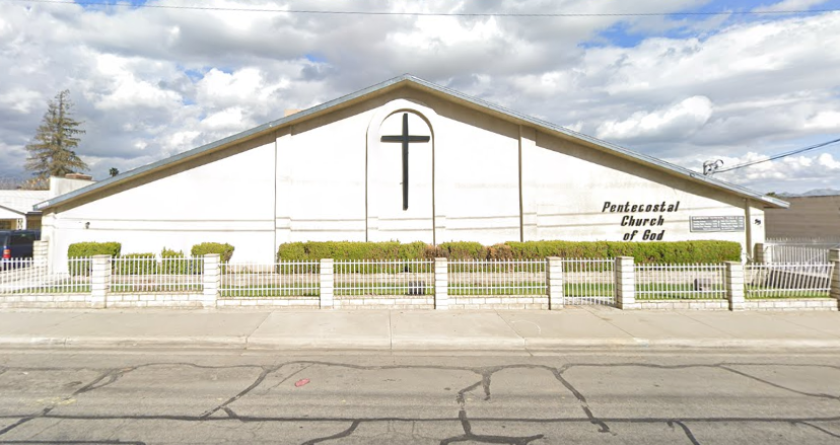 A church cleaning woman has been arrested on suspicion of attempted murder after authorities say she stabbed two people in the head while working at the Pentecostal Church of God in Bloomington.

Destinee Watson, 23, was completing her daily cleaning routine in the kitchen of the church Friday when she “felt she was disrespected” by one of the church employees, according to a news release by the San Bernardino County Sheriff’s Department.

Watson grabbed the other woman by the hair and punched her several times in the head, sheriff’s officials said. Deputies did not say what caused the altercation.

During the attack, another woman entered the kitchen and tried to separate the two who were fighting, authorities said.

According to deputies, Watson let go of the first victim and started punching the woman who had tried to intervene. She then grabbed a pair of scissors and stabbed the woman in the head several times.

A third woman entered the kitchen and tried separating Watson from the stabbing victim, but Watson stabbed that person in the face, sheriff’s officials said.

The third woman was able to run away and waited for deputies to arrive at the scene.

San Bernardino County sheriff’s deputies could not immediately be reached for comment. It’s unclear whether the two women who were stabbed were hospitalized or what the extent of their injuries were.

The humanitarian organization is helping kids around the world, around the clock.

Watson is facing potential charges of attempted murder and battery and is being held in lieu of $1-million bail, according to inmate records. The San Bernardino County district attorney’s office has not yet filed charges.

TEXAS TEEN Arrested For Carving Name INTO HIS GF’S HEAD