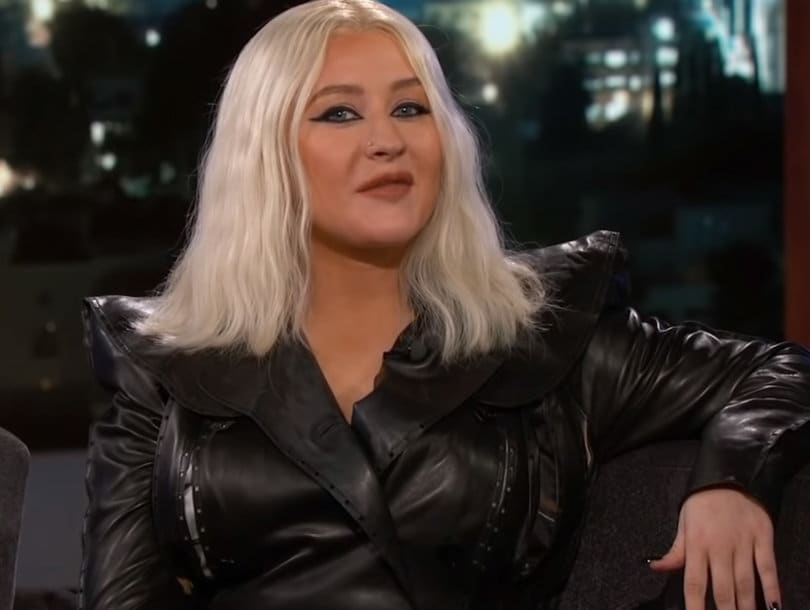 Christina says she’d like to do a song with Britney now, so how do we get that to happen? It was all about the beef on “Jimmy Kimmel Live!” last night,...
by Raquel Jayson September 13, 2018 365 Views

Christina says she’d like to do a song with Britney now, so how do we get that to happen?

It was all about the beef on “Jimmy Kimmel Live!” last night, as Christina Aguilera looked back at her own drama with Britney Spears and sounded off on the new feud between Cardi B and Nicki Minaj.

After their “Mickey Mouse Club” years together, Britney and Christina were pitted against each other in the media, something they help keep alive themselves after their infamous 2003 VMA kiss with Madonna. But X-Tina thinks things would have played out a little differently if social media had been alive back then.

“When I was first coming out, I came from where privacy was a good thing and [it was] a cool thing to have a mystique and a mystery about yourself,” she said. “But I think there is a plus side, I’ve learned a lot about social media. The selfie thing is a little boring, but you can use it to your advantage, it’s a way to connect to your fans and I do get that and it’s great. And it squashes beefs too.”

She said she’s seen women and artists “come together now more” thanks to social media and take control of their own narratives.

“If this was back in the day whenever people were comparing me to other artists, I would have just loved to squash it before having an interview,” she said. “You do an interview and back then, it was just like the media was the storyteller for you and you didn’t really have the say. Rather than being like, this is what it is, here’s a picture of us right now hanging out, in our pajamas eating popcorn or whatever.”

“When I was coming up, it was very obvious, you know, me and Britney were definitely … there was the Britney/Christina considered rivalry thing,” Aguilera added. “If we had social media back then, we would have probably done a song together and just squashed it.”

When Kimmel pressed them on doing something together now — adding “I would like to be a part of it” — she said, “It’s probably not too late, Britney. I am down. If her reps say okay.”

Someone make this happen!

Speaking of rivalries, Aguilera was on the scene as one of this year’s biggest blowups went down at Fashion Week earlier this month, after Cardi B threw a shoe at Nicki Minaj inside Harper’s Bazaar’s ICONS event in NYC. Aguilera was actually performing when it happened, and she sounds ticked that she missed it.

“I wish I would have seen this juiciness go down,” she told Kimmel. “I’m so that person who’s like, ‘What’s going on? What happened?'”

“When I got offstage, it took a while actually for me to actually find out. We got off stage and I didn’t feel like there was any drama. We went to a hotel room where I could change and decompose, take the sweat off, take my corset off,” she explained and yes, she actually said “decompose.”

“Next thing I know, I hear shoes were flying. I don’t even know! But my hairdresser was like, ‘I think you’re going to be interested in something that happened while you were onstage.’ I was like, ‘What happened?'” she went on. “Then I heard there was a fight that went down during, first I heard it was ‘Fighter,’ my song ‘Fighter,’ which was so appropriate. I was like, ‘Oh, my God! That’s genius! My music makes people feel, yes, it’s invoking passion and emotion!”

While Aguilera said she knows most people would think she’s “upset” that it happened during her set, she’s mad she missed it. “I was just like, ‘Oh, my God! I’m just sad I didn’t get a front row seat!’ That’s where the real show was! Damn!”

Hurricane Florence starts its slow, prolonged assault on the Carolinas