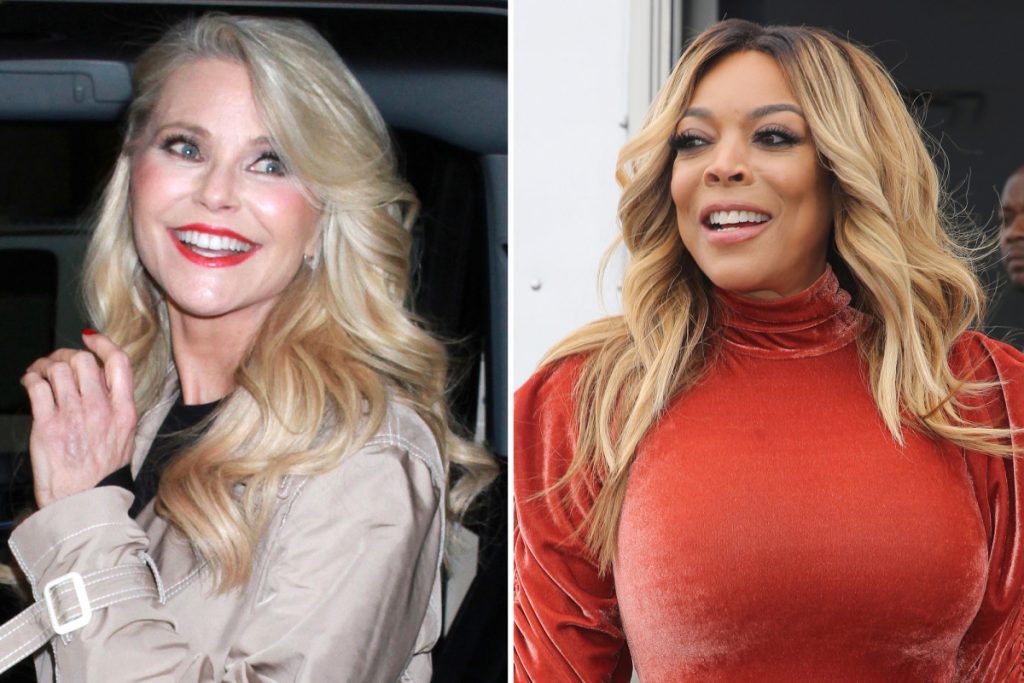 Wendy Williams has a theory about Christie Brinkley dropping out of the new season of Dancing with the Stars. During Monday’s season 11 premiere of The Wendy Williams Show, the host discussed the announcement...
by Raquel Jayson September 16, 2019 281 Views

Wendy Williams has a theory about Christie Brinkley dropping out of the new season of Dancing with the Stars.

During Monday’s season 11 premiere of The Wendy Williams Show, the host discussed the announcement that Brinkley, 65, had been replaced by her daughter Sailor after breaking her arm during rehearsals last week.

“Well, that looked fake as hell,” Williams, 55, said of the footage Good Morning America obtained of Brinkley’s fall. In the clip, the supermodel appears to trip over her partner’s foot during a turn, sending her tumbling to the ground.

“Let me tell you what I see.  I don’t see a wrist and a shoulder being fractured. But that was real cute,” Williams continued. “Here’s my thought: Dancing with the Stars called Christie Brinkley … and she said yes. After she got off the phone, that’s when she plotted her schedule. … In my opinion, I think what Christie did was she signed up for Dancing with the Stars knowing that she’d put her daughter Sailor in there.”

EXCLUSIVE ballroom bombshell! @SeaBrinkley is out of @DancingABC before the season begins. She tells @Ginger_Zee about her injury and the moment she called her daughter Sailor to ask her to step in for mom coming up on @GMA! #DWTS https://t.co/vCu1GI9DWR pic.twitter.com/SBDoWy84Aq

Brinkley denied Williams’ theory in an exclusive interview with PEOPLE. “I’m totally shocked, because I have been there for Wendy Williams. That is so weird,” she said, bursting into tears. “I have to give her a call … I’m really stunned.”

In a statement issued to GMA before Williams’ remarks, Brinkley joked, “Showbiz is all about getting a break, and Sailor and I both got one on Dancing with the Stars this season. Sailor joined the cast when I got mine … ouch somebody stop me, it hurts to laugh!”

BBC Studios and ABC said in a statement to PEOPLE that Brinkley “suffered injuries which required surgery to her wrist and arm.”

“We wish Christie a full and speedy recovery and look forward to seeing her in the audience, whenever possible, proudly supporting Sailor,” the statement continued.

Williams — whose talk show has just been renewed though 2022 — speculated that Brinkley had faked the injury in order to get her 21-year-old daughter, who is also a model, cast on DWTS.

“Now, you know, Sailor is beautiful,” Williams said. “She’s a Sports Illustrated model, but that’s not as big as being a Kendall Jenner. In order for girls to get this leg up, it takes more than beauty, you have to have cache. And that Dancing with the Stars has got a lot of eyeballs watching, and Christie really doesn’t need that. You know who she is. She doesn’t have to dance with the stars for you to know who she is. So my thought is that she said, ‘Look, Sailor, here’s what we we’re going to do. I’m going to go to a few of these practices, I’m going to go on Good Morning America, get all the press and stuff, I’m going to walk around looking hot and sexy, and then I’m going to play like I broke something.’ And she did break something, allegedly. Although Christie, I must tell you, there wasn’t a believing person in my entire bureau meeting this morning.”

“So Sailor will be there,” she said. “I don’t even know that people will care about Sailor Brinkley, but more importantly, at least Christie, at 65, won’t have to be dancing around like that. Because you can look like a teenager on the outside, but it’s all 65 on the inside.”

“She’ll go every week to support Sailor, looking sexy, they’ll swing the cameras her way so she’ll get her camera time,” Williams added. “And Sailor will be dancing. It’s a win-win for the family.”

The announcement was made on Monday morning ahead of tonight’s two-hour season premiere, and a source told PEOPLE that Brinkley “is devastated” about the situation.

“She was really loving this experience, having a fantastic time and she was doing great learning the routine,” the source said. “Literally what happened was a freak accident that required major surgery. She’s been working so hard and loving it, and for this to happen just a couple days before? It’s awful.”

Still, Brinkley is “excited” for her daughter to be stepping in, according to the source, who added that Sailor is “a natural” despite the fact that she’s had limited time to prepare.

“The accident happened on Thursday, so they’ve had a couple days to figure everything out,” the source said. “Sailor was coming here to support her mom for tonight’s debut and immediately went straight to the studio to rehearse after the accident. Mere hours to learn the dance routine.”

Speaking with GMA, Sailor, who is Brinkley’s daughter with ex-husband Peter Cook, said she’s excited to take on the challenge.

“I felt this high of just attacking something I was so afraid of and it felt like something I need to do,” she said. “I think it will change me.”

“I’m doing this mostly for my mom,” she added. “I just want to make her happy and make her proud. She loved doing this, she loves dancing and she loves performing and getting hurt was her worst nightmare.”