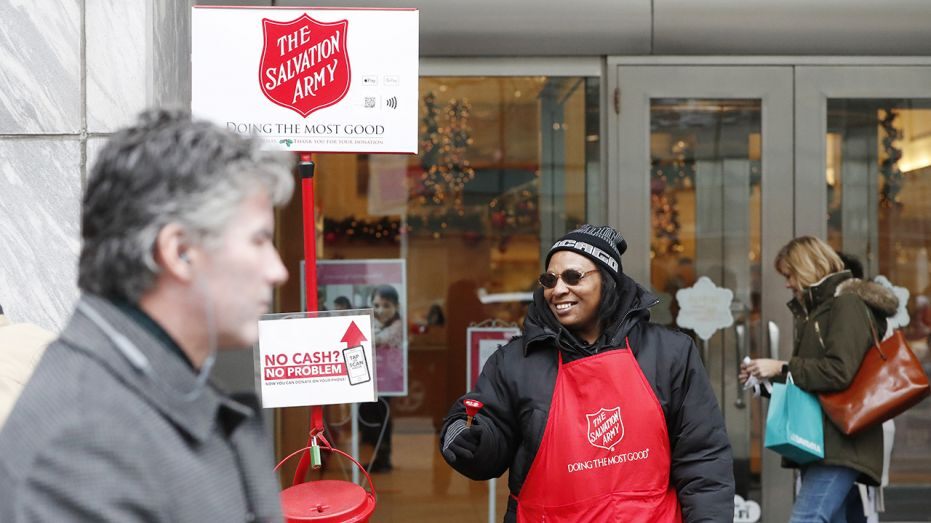 The Salvation Army has kicked off its annual Red Kettle Campaign after getting snubbed by the Chick-fil-A Foundation, which ended donations to the group after receiving years of backlash from the LGBTQ community. Despite the...
by Zach Freeman December 3, 2019 189 Views

The Salvation Army has kicked off its annual Red Kettle Campaign after getting snubbed by the Chick-fil-A Foundation, which ended donations to the group after receiving years of backlash from the LGBTQ community.

Despite the snub, the 129-year-old iconic campaign kicked off with 25,000 red kettles outside retail locations nationwide.

The Salvation Army is urging those to join the “Fight for Good on Giving Tuesday,” a day promoting global giving.

“After we’ve given thanks over the past few days for the blessings in our lives, Giving Tuesday is a chance for us all to pay it forward by donating to organizations that serve those in need,” said Commissioner David Hudson, national commander of The Salvation Army.

#GivingTuesday is only a day away! Celebrate with us and @candacecbure tomorrow on the @TODAYshow as we fundraise for the millions of Americans in need this Christmas season. #FightForGood2005:12 PM – Dec 2, 2019Twitter Ads info and privacy57 people are talking about this

The campaign supports more than 23 million Americans in need annually. The organization works to provide meals and presents to over 2 million families on Christmas Day. Donations to the campaign also helps The Salvation Army provide nearly 10 million nights of shelter and 52 million meals a year, along with substance-abuse recovery programs, after-school programs, and emergency shelter for children and families in need.

But faced with the shortened gift-giving season, The Salvation Army says donations this year are critical.

“With a shorter fundraising season, due to Thanksgiving falling six days later in the calendar year than 2018, your donations are critical, now more than ever, to serve our most vulnerable populations,” Hudson added.

This year, donations can be made through Apple Pay, Google Pay or Give.SalvationArmyUSA.org.

The charity said it was “saddened” by Chick-fil-A’s decision. It said the move was based on misinformation that, when perpetuated, puts at risk its ability “to serve those in need, regardless of sexual orientation, gender identity, religion or any other factor.”

“We serve more than 23 million individuals a year, including those in the LGBTQ+ community,” The Salvation Army said in a statement. “In fact, we believe we are the largest provider of poverty relief to the LGBTQ+ population. When misinformation is perpetuated without fact, our ability to serve those in need, regardless of sexual orientation, gender identity, religion or any other factor, is at risk.”

The Atlanta-based company characterized the move as an attempt to focus its charitable donations on groups tackling homelessness, hunger and education.

She Tied Her 3 Year Old Son Up, Set The House On Fire Then Tied Herself Up Over Custody Battle: Allegedly