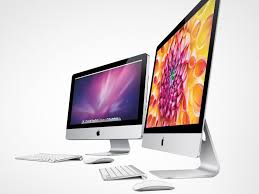 Check Out What Apple Has Done For The iMac

Laptops long ago overtook the desktop as the go-to computer of choice for most consumers and business people. Lately, even Apple seemed to be overlooking its all-in-one iMac desktop...
by Katricia Brown March 19, 2019 282 Views

Laptops long ago overtook the desktop as the go-to computer of choice for most consumers and business people. Lately, even Apple seemed to be overlooking its all-in-one iMac desktop line.

On Tuesday, Apple provided its first consequential update to the iMac since June 2017, resulting in the kind of robust improvements that, in theory anyway, will mean something for power users, and, perhaps even diehard gamers.

They will come with 6-core processors standard across the line, though you can upgrade to a 9th generation Intel 8-core option that is reserved for the 27-inch screen model. There’s also an option on that model for AMD’s Radeon Pro Vega graphics, the kind you see on Apple’s most powerful computers.

While you may need a Ph.D. in geekdom to decipher all the specs, the collective takeaway is a significant boost in speed and performance.

Whether significant enough for your average consumer, especially those of you who place iMacs in the kitchen or family room, is another matter. Apple likes to point out that iMacs fit various environments at home and across businesses of all sizes. 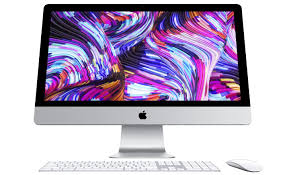 And while Apple doesn’t break out sales of its desktop computers, iMacs still represent a noteworthy chunk of Apple’s overall Mac business.

As with prior iMacs, these new computers are exceedingly thin and made of aluminum and glass. Aesthetically, they look much the same.

As of this writing, Apple hadn’t yet spelled out how much you’d pay for a new fully loaded 27-inch iMac, but it might at least approach the 5-grand the iMac Pro costs to start. That’s the workstation-class computer employed by developers, engineers, scientists and others who would gravitate toward such a beast of a machine, though it isn’t getting an update today.

The news of the refreshed iMacs comes just a day after Apple unveiled new iPad mini and iPad Air models. Apple obviously wants to get such hardware announcements out of the way, so it can focus the attention on next week’s press gathering in Cupertino, California, where it is expected to unveil new subscription-based news and entertainment streaming services.

Cardi B Looses One Of Her Biggest Fans