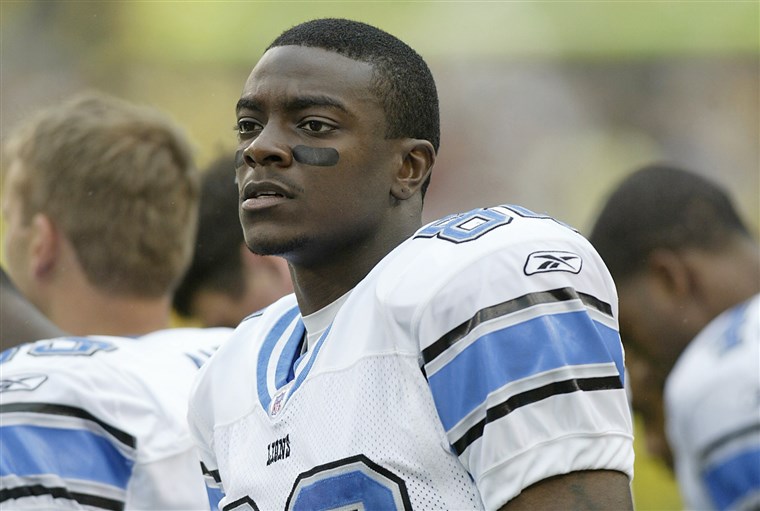 Rogers played only 15 games over three seasons with the Lions, who drafted him with the second overall pick in 2003. Detroit Lions wide receiver Charles Rogers in 2003.Joe...
by Zach Freeman November 11, 2019 361 Views

Rogers played only 15 games over three seasons with the Lions, who drafted him with the second overall pick in 2003.

Charles Rogers, the celebrated Michigan State wide receiver who fell short during his three years with the Detroit Lions, has died, according to the teams. He was 38.

“We are deeply saddened to learn of the passing of Charles Rogers. From Saginaw, to East Lansing, to Detroit, Charles’ connection to the state of Michigan and its football community was felt by many during the course of his life,” a statement from the Lions said. “We extend our heartfelt sympathies and condolences to his friends and family during this difficult time.”

Rogers played only 15 games over three seasons with the Lions, who drafted him with the second overall pick in 2003. He was released in 2006 after injuries and suspensions for substance abuse.

But he was regarded as one of the best receivers during his time at Michigan State, where he was a 2002 All-American and during the same year earned a Biletnikoff Award, which is given to college football’s top receiver.

Devastated to learn of the passing of my spartan brother Charles Rodgers. Spoke with his mom this morning. Please pray for her and his children. Please also be respectful of their privacy at this difficult time. Rip Chuck 2,7864:24 AM – Nov 11, 2019Twitter Ads info and privacy532 people are talking about this

“We are deeply saddened to learn the news of Charles Rogers passing away. We send our condolences to his family, friends and former teammates during this difficult time,” Michigan State Football said in a statement Monday.

Rogers consistently made history at the Big Ten school, including becoming only the second receiver in the MSU’s history to record back-to-back 1,000-yard seasons.

But he was less successful on the Lions, failing drug tests and getting sidelined with broken bones.

He told the Lansing State Journal in 2017 that injuries and a Vicodin addiction prematurely ended his career, not smoking marijuana. At the time, he was working at an auto repair shop in Florida and still smoking.

“Everybody knew I smoked. It wasn’t a big deal. It didn’t even hinder my play,” he said. “I get to Detroit, it’s a whole different story. I understand it.”

Following his time with the Lions, Rogers was arrested on assault and battery charges that were later dropped. He had also been arrested in 2012 for threatening his mother. He faced subsequent drug and alcohol charges and probation violations.

Rogers is survived by his children. A cause of death was not immediately clear Monday.