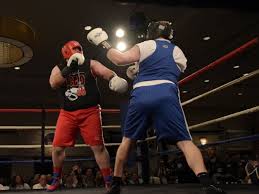 SMYRNA, Ga. – It’s one of Atlanta’s most hard-hitting fundraising events, as local men and women raise cash for their favorite charity by training for and then participating in...
by Zach Freeman February 7, 2018 634 Views

SMYRNA, Ga. – It’s one of Atlanta’s most hard-hitting fundraising events, as local men and women raise cash for their favorite charity by training for and then participating in an amateur boxing match.  And at this year’s Brawl for a Cause, an Atlanta-based CEO is lacing up his boxing gloves for the first time in nearly 40 years to help bring some “Hope” to local kids.

This year’s Brawl for a Cause will take place Saturday, February 17th at 6:00 p.m. in the biggest new venue in town — Mercedes-Benz Stadium.  And in this corner…is Eddie Capel, President and CEO of Atlanta-based technology solutions firm Manhattan Associates.  The 56-year-old did some amateur boxing as a teenager in England, and when his colleagues found out about his past in the ring, they suggested he take part in the annual charity event.  His response?  “I said no!  You gotta be crazy!  I pointed out to them, 36 years since I’ve been in a gym, you know?”  But Capel says in a “weak moment,” he agreed to do it, and quickly found the cause he’d be fighting for, thanks to his longtime neighbor and friend, Kathy Parham.  She serves on the board of directors for Camp Hope, a free, week-long summer camp for children with incarcerated parents.  Says Parham, “The likelihood of children of incarcerated parents to become incarcerated themselves, a conservative national estimate, is around 70 percent.”  Camp Hope aims to cut down that number be providing the kids with support and leadership skills, and with the money being raised by Eddie Capel, Parham says the organization will be able to add a second week of camp. 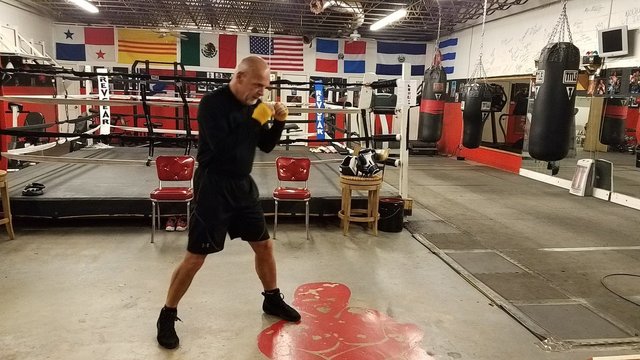 Capel’s been training upwards of five days a week at Champs Boxing and Fitness in Smyrna, and says getting back in the ring is definitely not like getting back up on a bike:  “There are two things you need in boxing, really — power and speed.  And I have neither of them anymore!”  Still, the return boxer says he’s ready for the match and excited for the opportunity to raise tens of thousands of dollars for his cause.