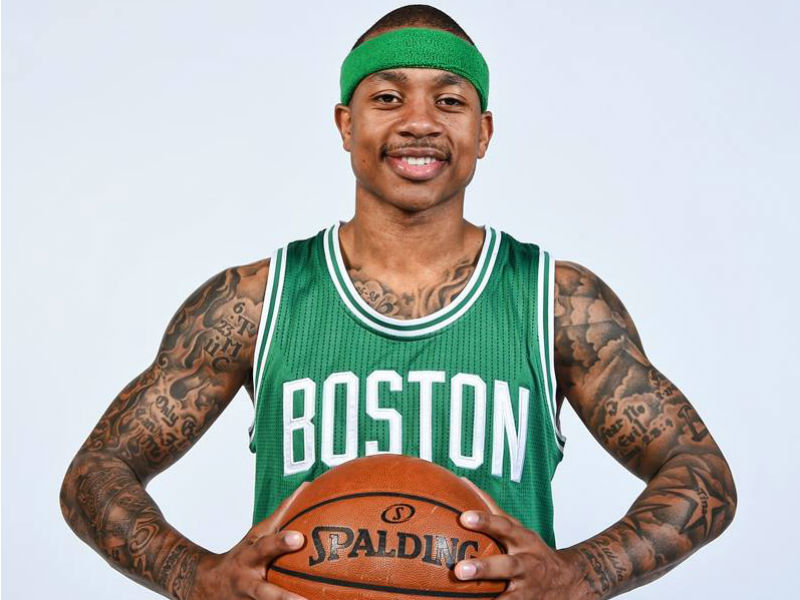 Celtics’ Isaiah Thomas: ‘I can’t be allowed to be held and grabbed’ 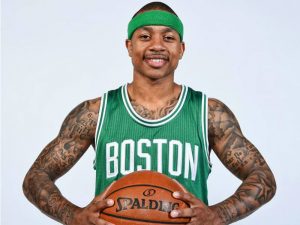 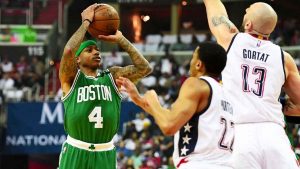 WASHINGTON — While the Wizards celebrated their game plan after limiting Boston Celtics All-Star Isaiah Thomas to two second-half points in Washington’s 121-102 Game 4 triumph Sunday, Thomas vented about a lack of calls in a game in which he attempted no free throws.

Thomas, coming off a quiet 13-point performance in Boston’s Game 3 loss, hit five 3-pointers in the first 13 minutes of play Sunday. But as the Wizards tore the game open in the second half, Thomas attempted just three shots– missing two of them — in 12 minutes of floor time.

Thomas finished with 19 points on 7-of-14 shooting in 31 minutes. The Wizards used a dominant third quarter to emerge with a win at the Verizon Center. The series is tied 2-2.

“We just have to corral him,” said Wizards forward Markieff Morris. “Like, he’s a small guy, so at the end of the day, if you got three players around you, how can you make a pass? How can you make a shot? It’s just basically what we’ve been doing, and just trying to get the ball out of his hands. Hopefully, the other guys miss shots like they’ve been doing.”

The Celtics shot just 31.3 percent (5-of-16) in that pivotal third quarter when the Wizards outscored Boston 42-20. Thomas committed five of his six turnovers in the frame.

“[The Wizards] were very physical. The refs were allowing them to hold and grab and do all those things,” said Thomas. “I think, especially in that third quarter, I might have hit the ground five or six straight times, and I’m not the one that likes hitting the ground. So I think it got to be called differently.

“I’m not saying that’s the reason we lost. They went on a 26-0 run and we can’t have that on the road. But I can’t be allowed to be held and grabbed every pin-down, every screen. And I don’t shoot one free throw. I play the same way each and every night. So I think that has to change.”

Thomas, who scored 53 points in Boston’s Game 2 victory, admitted the Wizards have upped the attention on him the past two games. Thomas had success pulling up for 3s in the first half but struggled to finish near the rim.

“We made quite a few mistakes early on, things that we have talked about after Game 2. We can’t have that,” said Wizards coach Scott Brooks. “If you do, this is what you see: a 3, a 3, a drive, a 3, a 3, a drive. You have to be able to execute our game plan.

“We have to keep our high hands. Like all the great players in this league, they see your hands down, they are going to go through it and get easy calls. We have to keep our hands high. I thought our bigs have been working on that and talking about that. We’ve been showing them. With all that, it’s still hard to do. The temptation is to put your hand in the cookie jar, and he is so clever. I thought our bigs did a good job staying vertical.”

The Wizards also made it a point to go at Thomas, posting him up often at the start of Sunday’s game. While Thomas has held his own in those situations, it’s forced him to work on the defensive end.

Only three times during the regular season did Thomas not attempt a free throw during a game — all wins, including two in which he played limited minutes. Thomas finished eighth in the NBA in total free throws attempted this season.

Thomas acknowledged he must continue to attack regardless of whether he gets whistles.

“No matter what, I’ve gotta play the same way,” said Thomas. “So whether I’m getting the calls or not, I’ve gotta be in attack mode, I’ve gotta be aggressive to get in the paint, to make things happen, not just for myself but for my teammates.

“But I have to put it on the refs to call it. So I’m going to keep attacking and keep being myself no matter if they’re calling it or not. But it does get a little frustrating when you continue to play the same way and there’s nothing being called.”