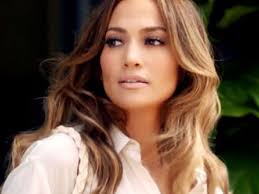 The French-Canadian songstress, who just turned 51, announced that she is embarking on a world tour this fall and will drop a new album featuring the single, “Courage.” 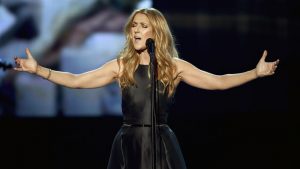 “It’s time for a change, it’s time to hit the road,” Dion announced during a concert and Q&A at Los Angeles’ Theatre at the Ace Hotel. “So lots of news, lots of work.”

Dion was quick to jokingly point out, “But I’m not pregnant, don’t worry.”

Named the Courage World Tour, Dion’s new gig will come months after her Vegas residency ends in June. The tour officially kicks off Sept. 18 in Quebec City, Canada and will make stops in over 50 North American cities.

Dion was acting upbeat during an often-comical live appearance. The event started with a short film of a tank-top wearing Dion jumping behind the wheel of a truck and hitting the road from Las Vegas (with an Elvis impersonator, slot machine and showgirl in the back).

Despite the truck breaking down on screen, the real Dion was revealed behind a rising stage curtain in a dramatic black gown.

She sang three signature songs, starting with “I’m Alive,” “Ashes” (from “Deadpool 2”) and the “Titanic” anthem “My Heart Will Go On.”

During the question and answer session, Dion said audience members on the upcoming tour should expect to hear her greatest hits.

“I like to sing these songs, and incorporate a few new songs. I would like this to be the most spectacular tour,” she declared. “The thing I can say right now, (as) we’re still in the process of putting it together, is that it’s not going to be the Las Vegas show.”

Dion said she would not be touring with her children Rene-Charles, 18, and 8-year-old twins Nelson and Eddy. The twins will remain in their Las Vegas school.

“It’s the first time I will not go on tour with my kids,” she said, adding that the twins are especially “independent.” She will FaceTime with the children and vowed that the longest span they will be apart on tour will be 11 days.

As for the album, Dion only discussed the single “Courage,” which inspired the name of the tour. She said the song is about enduring and getting through hardship, such as she experienced with the protracted illness and death of her husband in January 2016.

“We all go through a lot of things in life,” said Dion. “I think I went though a lot. Life has given me the tools to find courage.”

The new album will explore new directions, but Dion promised one thing: “No heavy metal.”

Her issue has not been coming up with great songs; Dion insists she has “like 48.” But she’s having problems figuring out which to put on the album.