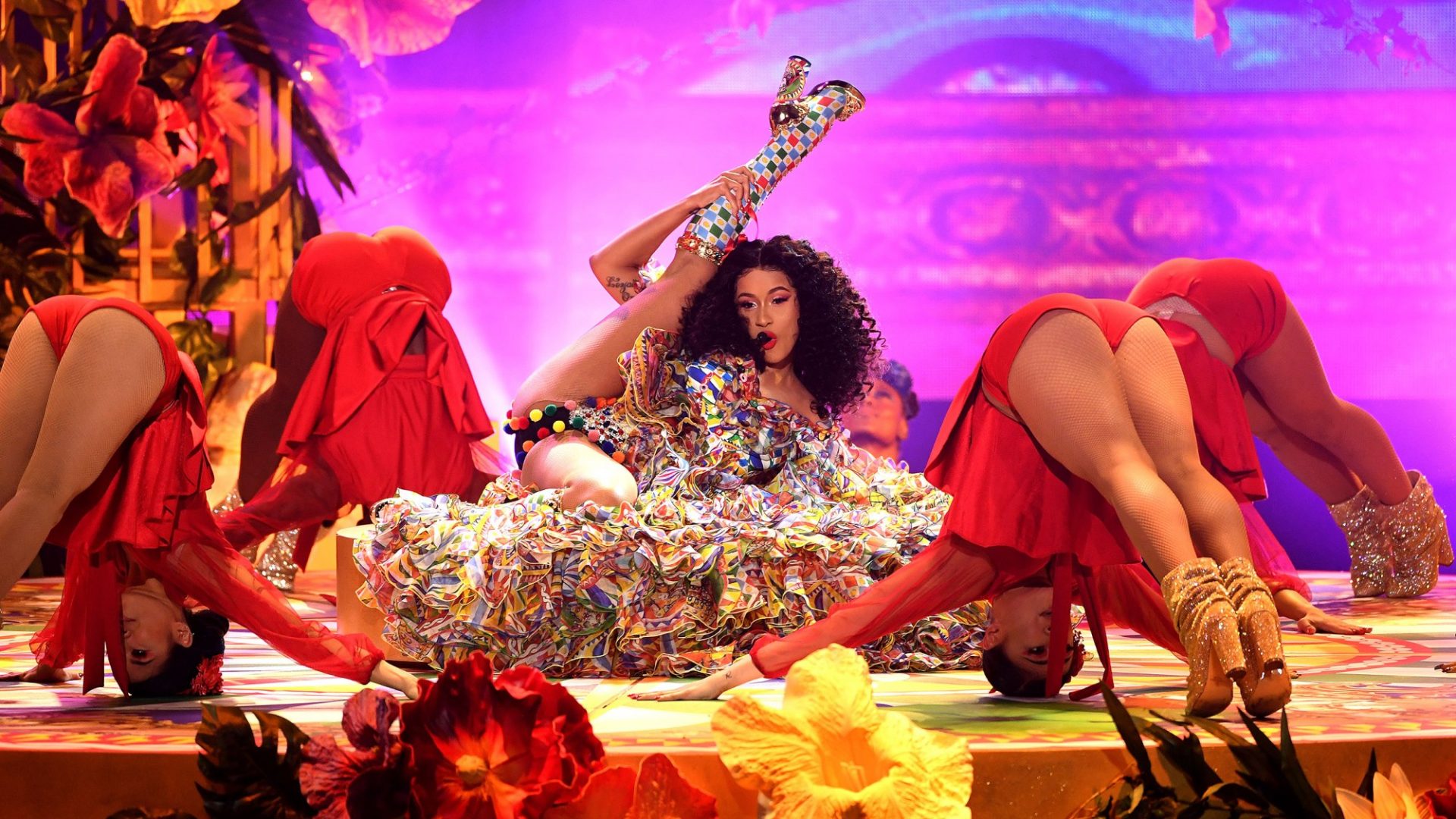 Cardi B Kills her First Post-Baby Return with ‘I Like It’ Performance at AMAs!

She likes stuntin’, she likes shinin’! Cardi B hit the American Music Awards stage Tuesday night to perform her smash Spanglish single “I Like It” with collaborators Bad Bunny and...
by Joy Smith October 10, 2018 496 Views

She likes stuntin’, she likes shinin’! 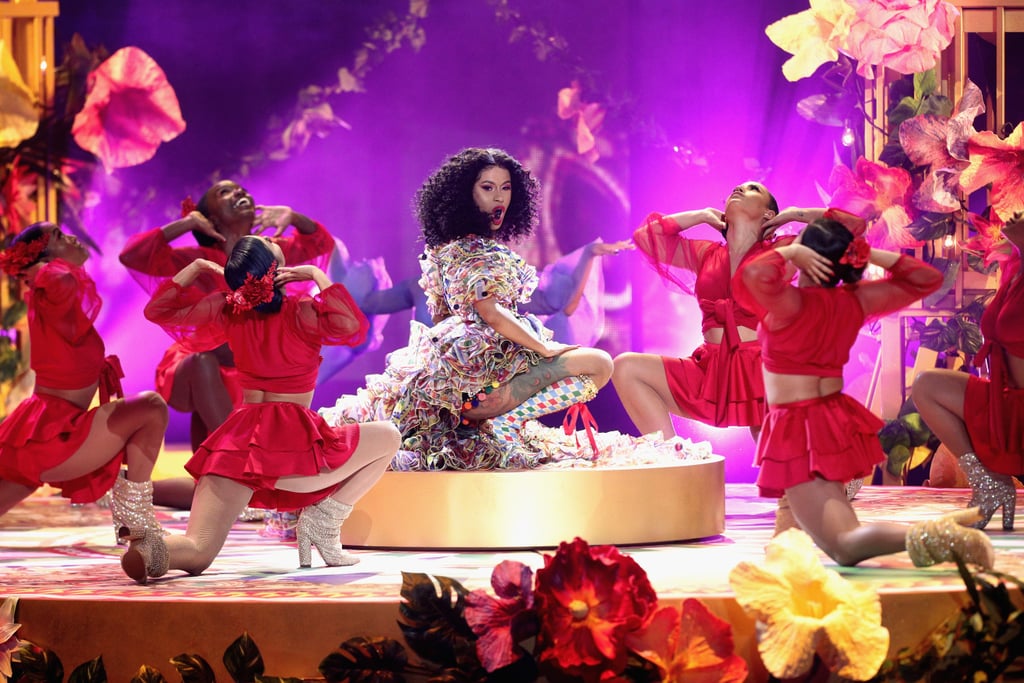 Cardi B hit the American Music Awards stage Tuesday night to perform her smash Spanglish single “I Like It” with collaborators Bad Bunny and J Balvin.

After arriving in a wild floral dress with a matching fascinator, the rapper changed into a colorful, flowing gown to kick off the performance on a rotating wheel for her opening verse; she then stripped off the skirt to reveal an intricate romper before launching into some choreographed dance moves that paid homage to her Latin roots.

“I really want to thank my daughter,” she said. “I was so influenced when I was pregnant with her to be like, I gotta do this; I gotta show people wrong, prove people wrong — because they said I wasn’t gonna make it after I had a baby.”

Are your eyes feeling itchy, tired or heavy? The risk for dry eyes increases with age and is not uncommon. Find out more and get treated today!

Offset and Cardi B
Frazer Harrison/Getty

“I Like It” — which topped the Billboard Hot 100 chart this summer — is the fourth single off Cardi’s smash debut album, Invasion of Privacy, following breakout hit “Bodak Yellow,” “Bartier Cardi” and “Be Careful.”

Cardi’s AMAs appearance follows an, umm, rather eventful year for the rap star.

Last September, she secretly married Migos rapper Offset. In February, she was nominated for two awards at the Grammys, where she performed“Finesse” with Bruno Mars. Then she dropped Invasion of Privacy in April, just weeks before hitting the Coachella stage.

In July, she and Offset welcomed daughter Kulture and a break from the public eye. But since emerging from maternity leave this fall, Cardi’s been back in the headlines — most notably for her New York Fashion Week brawl with Nicki Minaj last month, then Monday, when she surrendered to police and was arrested and charged with assault and reckless endangerment in connection with a fight earlier this year at a strip club.

The 2018 American Music Awards are airing live from the Microsoft Theater in Los Angeles on Tuesday, Oct. 9 at 8 p.m. ET.