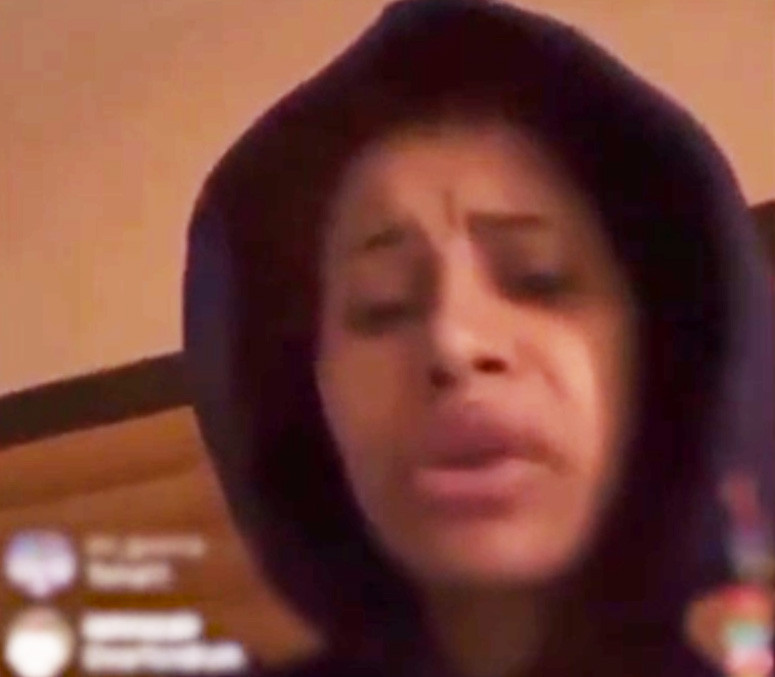 CARDI B has defended a nine-year-old boy left feeling suicidal by bullies after cruel trolls accused him of secretly being an ADULT. Little Quaden Bayles, 9, from Brisbane has...
by Zach Freeman February 23, 2020 253 Views

CARDI B has defended a nine-year-old boy left feeling suicidal by bullies after cruel trolls accused him of secretly being an ADULT.

Little Quaden Bayles, 9, from Brisbane has also gladly accepted an offer to be trained up by top MMA fighters who said they will help him become “bully-proof”.

The Aussie schoolboy – who has Achondroplasia dwarfism – quickly went viral after his mum, Yarraka posted a heartbreaking clip of him in tears.

He had been harassed by cruel bullies at school who teased him for his height.

In the clip, a heartbroken Quaden says: ” wish I could stab myself in the heart. I want someone to kill me”.

His mum says she had posted to highlight the impact bullying can have.

A fundraiser started by US comic Brad Williams to send Quaden to Disneyland had an initial target of $10,000, but had so far raised more than $440,000.

And now American rapper, Cardi B has come to Quaden’s defense after cruel trolls spread rumours he was actually 18.

In an Instagram live clip the hit-maker weighed in on the situation.

She told her 59.3 million followers: “I really don’t think he’s lying about his age.

“Just because there’s videos of him flossing money and acting all gangster, and acting all cool and everything, it doesn’t mean that kids do not pick on him.

“Y’all be acting like you’ve got money everyday and y’all broke”.

Cardi adds that when she saw the video she felt “so sad” and that he looked like a “little cheeky boy”.

Quaden and his family have been inundated with support – including an offer to train with top MMA fighters in Singapore who promise to make him “bully-proof”.

Elite MMA organisation ONE are whisking the youngster off on an all expenses paid trip.

I just spoke to his amazing mom, Yarraka, over the phone,” Sityodtong said Friday. “She has graciously accepted my invitation to come to Singapore for an all-expenses-paid vacation so Quaden can learn martial arts at EVOLVE.”

He added: “Our instructors will be sure to bully-proof Quaden

But the boy’s family have also been forced to issue a warning on social media after fake accounts were set up to try to profit from the support and to spread false rumours about Quaden’s age.

Among the messages shared from the accounts were some encouraging people to donate to the fundraiser and making out that Quaden and his family were trying to profit from the attention they have received.

Some posts also included images of Quaden posing for professional photographs while wearing expensive clothing and stood in front of a large “18” sign at a birthday party.

Yarraka later shared a post by a woman who knows Quaden.

“Yes he’s nine. Dwarfism is not a joke,” the woman wrote.

“His mother made the post because she was overwhelmed and enraged with the bullying.

“I understand her to the fullest.

It has also been confirmed that the photograph showing the “18” sign was taken at a party thrown for someone else and attended by Quaden.