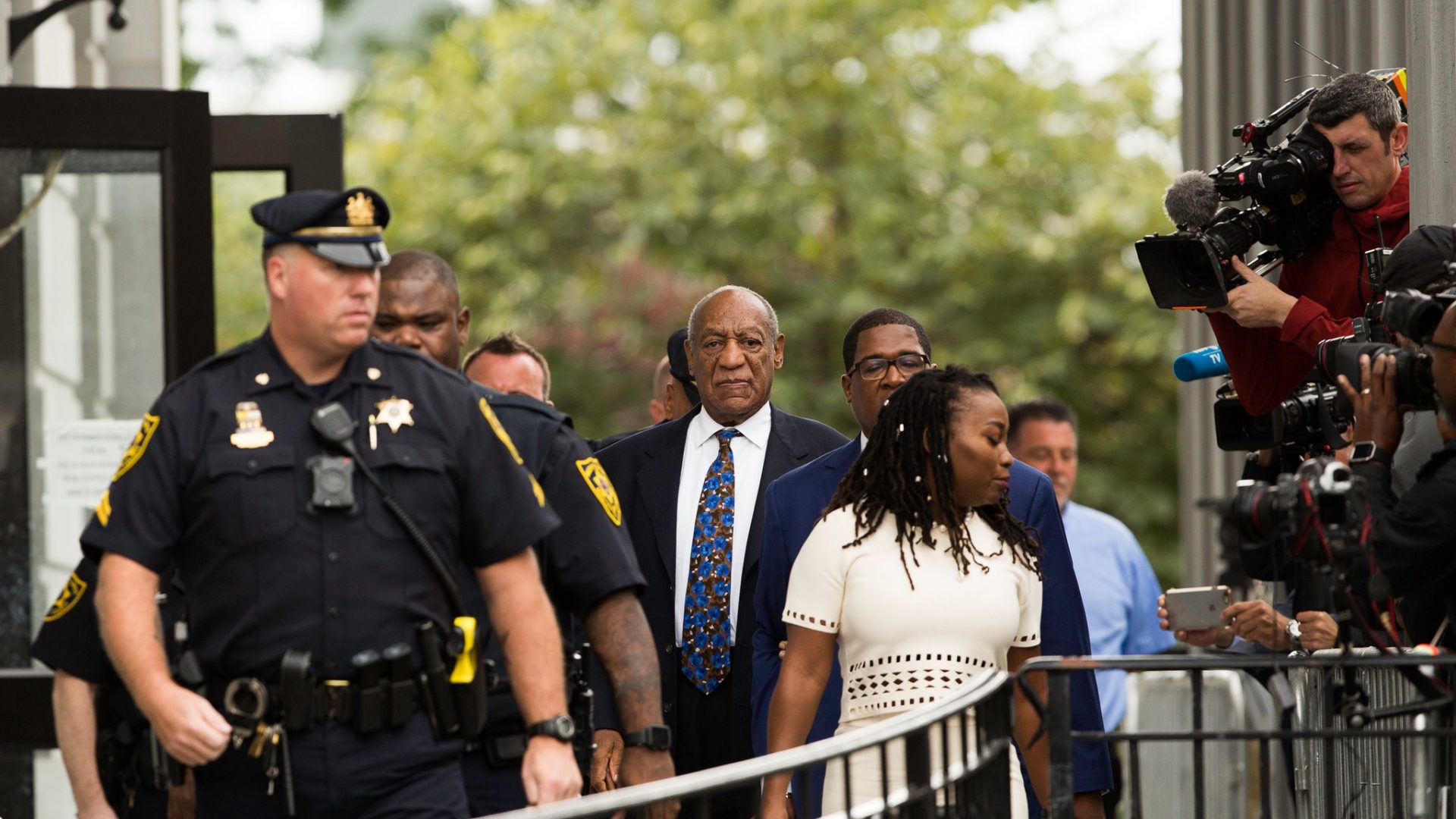 Camille Cosby Was Not In Court With Her Husband Bill Cosby For Sentencing Hearing Monday.

Mrs. Cosby was not in court Joseph P. Green, Mr. Cosby’s lawyer, arrives at the courthouse.CreditMark Makela/Getty Images Camille Cosby had been vocal in recent days in attacking the...
by Raquel Jayson September 25, 2018 227 Views

Mrs. Cosby was not in court

Camille Cosby had been vocal in recent days in attacking the fairness of the trial and, in particular, the behavior of Judge O’Neill, who she has said should be investigated by a state judicial conduct panel.

But she was not with Mr. Cosby when he entered the courthouse at 9:08 a.m., wearing a dark suit and sporting a blue handkerchief in his breast pocket. He sat quietly at the front of the court with his lawyers, Mr. Green, who is handling the sentencing, and Peter Goldberger, his appeals lawyer.

Three of the five women who testified at the trial, and gave their own accounts of sexual abuse by Mr. Cosby — Chelan Lasha, Janice Dickinson and Lise-Lotte Lublin — were in court, sitting close to the front. Several other Cosby accusers were also present including Tamara Green, Therese Serignese and Lili Bernard.

Ms. Constand was also in the room, accompanied by her mother, father and sister. They all spoke during the proceeding.

Ms. Constand asks for ‘justice as the court sees fit’

Ms. Constand, who now works as a massage therapist in Canada, spoke only briefly as her victim’s impact statement had already been incorporated into the record.

“The jury heard me,” she said, “Mr. Cosby heard me and now all I am asking for is justice as the court sees fit.”

Ms. Constand’s mother, Gianna, also spoke, telling the court that Mr. Cosby had intimidated her family and used his powers to try to ruin her own and her family’s reputation. “I have realized that this event has changed and contributed to so much pain,” she said. “He protected himself at the cost of ruining many lives.”

Mr. Steele quoted from Ms. Constand’s victim impact statement, at one point quoting her as saying “To hear his voice on the phone felt like a knife going through my guts.”

“I am in awe of this lady” he told the court given all that she had endured, including two trials, to secure justice.

Though dozens of other women have accused Mr. Cosby of drugging and sexually assaulting them, Judge O’Neill rejected a prosecution request to allow any of them to provide their accounts at the hearing.

Mr. Cosby’s defense team chose not to present additional witnesses to discuss, for example, Mr. Cosby’s character or any good works. But in his remarks, Mr. Green emphasized what he called Mr. Cosby’s youth of hardship and racism, his time in the United States Navy and discussed his educational achievements.

It is still unclear whether Mr. Cosby will choose to speak Tuesday, as he is entitled. Experts do not believe any remarks from him will approximate remorse because his team has already announced his plan to appeal his conviction. But Judge O’Neill encouraged him to speak. 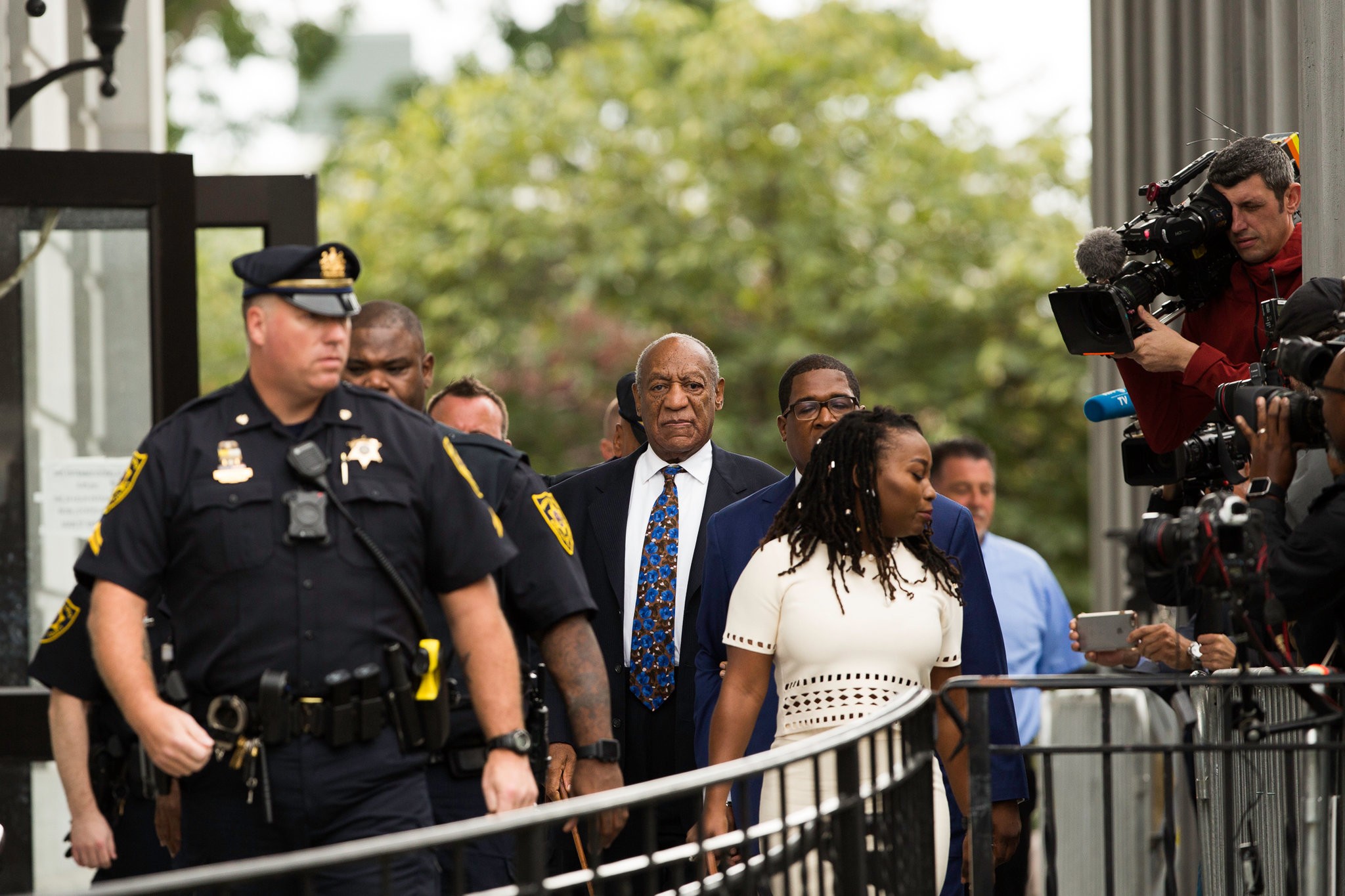 “I hope that if he so chooses he will get the last word,” he said.

Will he remain free on appeal?

Mr. Cosby’s lawyers have filed several motions suggesting that they will file an appeal that challenges the judge’s rulings and even the judge’s personal integrity.

A key question for Tuesday will be whether Mr. Cosby is allowed to remain out on bail while he pursues those appeals, a process that could take years.

But if Judge O’Neill were to permit him to stay at home, the judge would surely face bitter criticism from the many female accusers eager for closure this week. “I don’t think the judge will let him out on appeal; he has had his freedom for a long time,” said Barbara Ashcroft, a former prosecutor.

A psychologist representing Pennsylvania’s Sexual Offenders Assessment Board testified Monday at Bill Cosby’s sentencing hearing that Mr. Cosby had a personality disorder that was evident in his lifetime of interest in having sex with nonconsenting women.

• Mr. Cosby will be sentenced Tuesday for drugging and sexually assaulting Andrea Constand at his home near Philadelphia 14 years ago and faces a maximum of 10 years in prison.

• Ms. Constand told the judge: “The jury heard me, Mr. Cosby heard me and now all I am asking for is justice as the court sees fit.” It is not clear whether Mr. Cosby will speak before the judge rules on Tuesday.

• He is likely to be incarcerated, though it is unclear for how long. An open question is whether he will be allowed to remain free during the expected appeal of his conviction.