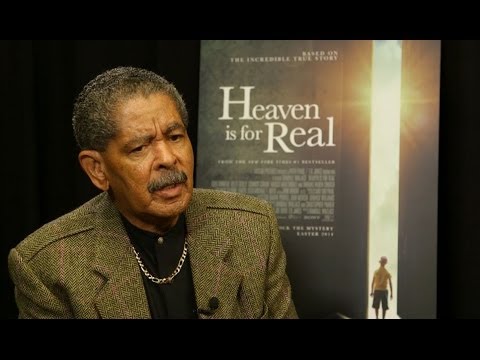 If you were a Christian and grew up during the 80’s and 90’s this was a face you were familiar with what a loss tonight. He was a trailblazer...
by Zach Freeman February 12, 2021

If you were a Christian and grew up during the 80’s and 90’s this was a face you were familiar with what a loss tonight. He was a trailblazer indeed! Our Husband, Father and your Apostle has gone to be with the Lord this evening. We accept his decision to go as he got a glimpse of glory a couple of weeks ago. But we are sad. Please allow us some time to process all of this. He fought the good fight of faith and laid hold of eternal life. The Price Family

Apostle Frederick K.C. Price is the founder of Crenshaw Christian Center (CCC) in Los Angeles, California. He began CCC in 1973 and shepherded it into a ministry of world renown, with services held in the 10,000-seat FaithDome.

EIFM can be viewed on many television stations in all 50 states and in many foreign countries. Apostle Price is also heard on numerous radio programs and 19 Internet broadcast stations. Additionally, he can be seen on most social media platforms, including Facebook, Twitter, Instagram, YouTube, Pinterest, and others. In 1990, Apostle Price founded the Fellowship of Inner-City Word of Faith Ministries (FICWFM), which later became the Fellowship of International Christian Word of Faith Ministries before disbanding in 2017. And in 2001, he established an East Coast church, Crenshaw Christian Center East.

A visionary and prolific author, Apostle Price is the author of some 50 books on faith, healing, prosperity, and the Holy Spirit. How Faith Works is a classic on the operation of faith and its life-changing principles.

Although he had already operated in the fivefold ministry gift of apostle, in 2008 Apostle Price was publicly affirmed as an apostle of faith. Under the mantle of the teaching gift, Apostle Price established several schools for ministry and formal education at CCC. Among them are Frederick K.C. Price III Christian Schools (preschool to 12th grade); the Ministry Training Institute in 1985; a CCC Correspondence School; the Frederick K.C. Price School of the Bible; and in 2008, the Apostle Price Ministry Training Center. Over the years, Apostle Price has received many prestigious awards, most notably the Horatio Alger Award and the Kelly Miller Smith Interfaith Award.

A year after his affirmation and after more than 35 years of service, Apostle Price stepped aside as pastor to formally install his son, Frederick K. Price Jr., as his successor. For years he served as the presiding prelate of both CCC West and CCC East and as the chairman of CCC’s board of directors. Having retired from his position as pastor and all other official duties, he restricts much of his travel.

A devout husband, Apostle Price has been married to Dr. Betty Price for 67 years. They are the proud parents of four children, ten grandchildren, and four great-grandchildren.