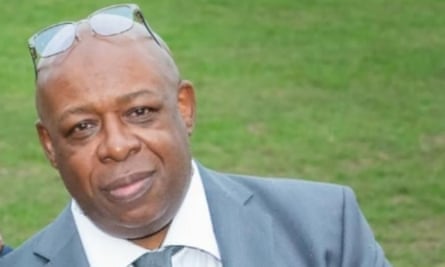 vid-19 after being spat at Heartbroken partner says she has written to Boris Johnson to highlight Trevor Belle’s case Trevor Belle would ‘always find a way to get a...
by Zach Freeman May 22, 2020 221 Views

vid-19 after being spat at

Trevor Belle would ‘always find a way to get a smile on your face’, a friend said.

A cab driver died with Covid-19 after being spat at by a fare dodger who claimed to have the disease, according to his partner who has written to Boris Johnson to highlight the incident.

Trevor Belle, 61, died in hospital last month after testing positive for coronavirus. Weeks earlier, his family say, he was spat at by a passenger who refused to pay £9 and told him: “I’ve got the coronavirus – and now you’ve got it, too.”

Belle’s partner of 28 years, Kelly Esqulant, with whom he had three children, intends to provide a statement to the police so they can investigate. Esqulant, 50, a patient transport liaison officer at Newham hospital in London, has also written to the prime minister.

An online fundraiser for Belle, who was described by a friend as an ardent Arsenal fan who would “always find a way to get a smile on your face”, has raised more than £8,000.

Esqulant paid tribute to her partner and praised hospital workers who tried to save his life.

“He wasn’t a grandad for very long but he would have been a brilliant grandad,” she said of Belle. “He was a very inspirational dad. He always taught the kids right from wrong.”

She said he often worked in excess of 60 hours a week to provide for the family.

“He was very strong-minded and very truthful. Everyone knew if you wanted the truth, go to Trevor; if you couldn’t handle the truth, don’t go to Trevor. He just said it how it is.”

She said she had written to Johnson after he spoke about a separate incident in which a rail worker, Belly Mujinga, died from Covid-19 after being spat at by a man who said he had the virus.

“I don’t even know if he [Johnson] would have received it, but I’ve sent an email explaining what happened to Trevor,” Esqulant said.

She said she had pleaded with her partner to be careful while working and ensure he wore gloves and masks, which he would change between fares.

She said the spitting incident, first reported in the Daily Telegraph, happened at around 12.30pm on 22 March on West Ham Lane in Stratford, east London.

Belle told Esqulant the perpetrator was white with an Irish accent, and said he ran off after spitting at him. Belle flagged down a nearby police van and reported the incident, Esqulant says, but he was informed the matter was not worth pursuing for a £9 fare.

Esqulant says her partner fell ill with flu-like symptoms four days later and he was hospitalised on 31 March after waking up struggling to breathe. On 18 April, the family were told Belle had died.

Esqulant has given her consent for a sample of Belle’s blood to be used in a project attempting to sequence the genomes of up to 20,000 Covid-19 patients and victims to help understand how a person’s genetic makeup could influence susceptibility to the virus.

Results from patients treated in intensive care will be compared with those from 15,000 people who had only mild or moderate symptoms. Belle had type 2 diabetes.

Belle’s friend Damian Briggs said: “Best way I can describe Trev is just a jovial person who, as serious as life is, would always find a way to get a smile on your face so you can take your mind off the problem.”

Coughing or spitting could be charged as an assault on an emergency worker – punishable with up to 12 months in prison – or common assault if used against others, according to the Crown Prosecution Service.

A Scotland Yard spokeswoman said: “We are aware of media reports that allege a taxi driver, aged in his 60s, was spat at on 22 March in West Ham Lane, E15, at approximately 12.30pm. We continue to look for any police record or report that relates to this incident. Officers will be making attempts to contact his family to explore whether they wish to make a criminal allegation.”

Meanwhile, union leaders have condemned a “disgusting and frightening” spitting incident at a tube station on Thursday. A man approached staff at Mile End underground station and demanded they open the gate as he did not have a ticket for the barriers, the Transport Salaried Staffs Association said.

Staff asked him to step back to a safe distance away, and he became aggressive and swore at an older female customer who had intervened, and spat at her, the union said.

… in the coming year, and the results will define the country for a generation. These are perilous times. Over the last three years, much of what the Guardian holds dear has been threatened – democracy, civility, truth.

Science and reason are in a battle with conjecture and instinct to determine public policy in this time of a pandemic. Partisanship and economic interests are playing their part, too. Meanwhile, misinformation and falsehoods are routine. At a time like this, an independent news organisation that fights for data over dogma, and fact over fake, is not just optional. It is essential.

The Guardian has been significantly impacted by the pandemic. Like many other news organisations, we are facing an unprecedented collapse in advertising revenues. We rely to an ever greater extent on our readers, both for the moral force to continue doing journalism at a time like this and for the financial strength to facilitate that reporting.

We believe every one of us deserves equal access to fact-based news and analysis. We’ve decided to keep Guardian journalism free for all readers, regardless of where they live or what they can afford to pay. This is made possible thanks to the support we receive from readers across America in all 50 states.