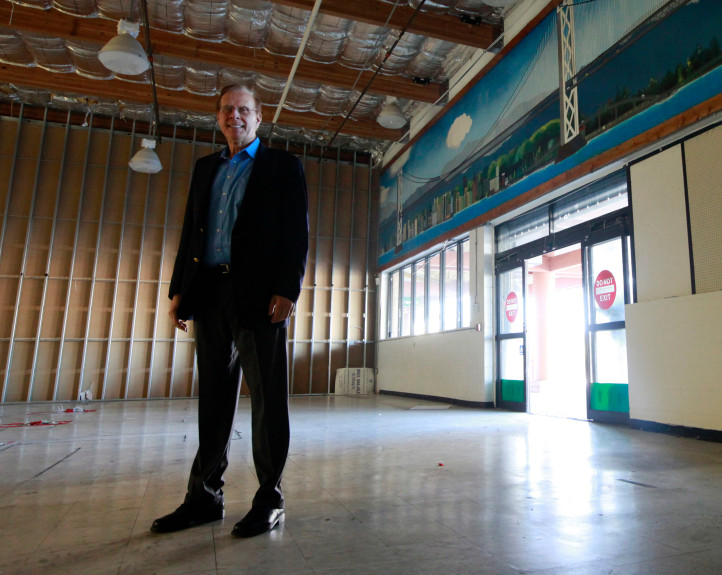 He was once the proud owner of the landmark Tribune Tower who promised to create jobs during the economic downturn and bring a grocery store to the food desert of West Oakland. It was all a sham, authorities say.

A federal indictment unsealed Tuesday paints a more sinister picture of Oakland businessman Thomas Henderson: He’s accused of masterminding one of the largest immigration scams in state history to defraud more than 200 Asian investors of $110 million and using the proceeds not to create jobs, but to enrich himself and his business partners.

The U.S. Attorney’s Office charged Henderson, 70, Cooper Lee, 42, and Kexing Hu, 40, a Chinese national, with criminal conspiracy and wire fraud. Instead of creating 2,000 jobs in Oakland, Henderson allegedly siphoned the investor money through an elaborate shell game to use in other failed ventures and to purchase downtown properties, including the Tribune Tower and the former I. Magnin department store building.

On Tuesday morning, federal authorities arrested Henderson in Oakland and Lee in Laguna Beach in Southern California. Hu, who was also identified as Peter Hu, remains at large. Henderson later appeared in front of U.S. Magistrate Judge Donna Ryu and is scheduled to return to court on Oct. 1. All three defendants face a maximum penalty of 20 years in prison per count and a $250,000 fine. Henderson could not be reached for comment.

The U.S. Attorney’s Office alleges Henderson defrauded Chinese, Vietnamese and Indian investors who gave him money through the EB-5 visa program. Under the program, foreign nationals can qualify for a U.S. visa if they make an investment in a project that creates at least 10 jobs. In areas with higher rates of unemployment, such as in Oakland, the investment can be a minimum of $500,000.

“Many investors are unlikely to receive permanent legal residency” because jobs were not created,” according to the indictment.

Between 2011 and 2017, Henderson and his company, San Francisco Regional Center, raised $110 million from 200 foreign investors. The money was supposed to create jobs at call centers, a dairy processing business, a skilled nursing facility, a warehouse and a grocery store at Jack London Gateway in West Oakland.

The funds were improperly co-mingled into bank accounts controlled by Henderson. He used $2 million to open restaurants, $1.3 million to purchase the Tribune Tower, and other funds to start various apparel, food and web marketing businesses — none of which were EB-5 project ventures. His $1.4 million Oakland home was purchased using $346,000 of the funds, court records show.

Hu is alleged to have managed the center’s office in China, authorities said. Lee personally withdrew more than $290,000 of diverted funds, according to the indictment.

Henderson’s fall from grace began in 2015, when a former business partner sued and accused him of withholding company accounting records and diverting funds, leading a judge to appoint a receiver to take control of his business. In court filings, the receiver claimed Henderson gave “sweetheart” leases at the Tribune Tower to his lawyer’s firm and for a time did not charge rent to the Tribune Tavern restaurant located on the ground floor. The court eventually sold his downtown properties.

In 2016, Henderson was sued by a former business partner who was working to open a grocery store in West Oakland and was awarded $3.7 million. The store would have been the area’s only market, but it never opened.

Then in 2017, the Securities and Exchange Commission filed a federal lawsuit against Henderson, outlining the same scheme alleged by the U.S. Attorney’s Office.

“This case serves as a clear warning to all criminals who seek to profit off of the United States’ legal immigration system. We will locate, arrest, and aid in their prosecution in order to recoup any and all illicit gains,” said Tatum King, Special Agent in Charge, Homeland Security Investigations for San Francisco. “Besides posing a significant threat to national security and public safety, immigration benefit fraud and related schemes seriously rob immigrants who are deserving of these benefits while deterring investors who genuinely want to assist them.”