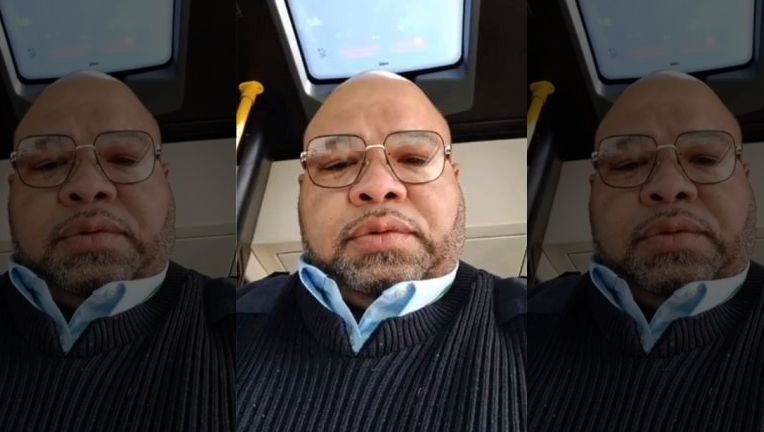 A bus driver in Detroit died from the coronavirus two weeks after posting a video complaining about a passenger who he said refused to cover her mouth while coughing....
by Zach Freeman April 3, 2020 213 Views

A bus driver in Detroit died from the coronavirus two weeks after posting a video complaining about a passenger who he said refused to cover her mouth while coughing.

Mayor Mike Duggan and the Amalgamated Transit Union confirmed the death of the driver, Jason Hargrove, on Thursday.

Hargrove’s death “hit close to home,” Duggan said at a news conference to give an update on the outbreak.

“He knew his life was being put in jeopardy, even though he was going to work for the citizens of Detroit every day, by somebody who just didn’t care. By somebody who didn’t take this seriously,” the mayor said. “And now he’s gone.”

In a Facebook Live video on March 21, Hargrove said he was angry after a woman got on the bus and coughed several times without covering her mouth.

“We out here as public workers doing our job, trying to make an honest living to take care of our families. But for you to get on the bus and stand on the bus and cough several times without covering up your mouth and you know that we in the middle of a pandemic, that lets me know that some folks don’t care,” he said.

Hargrove urged people to take the coronavirus seriously and to stay home if you don’t need to go out.

“It’s folks dying out here. I’m mad right about now because that s— was uncalled for. And I’m trying to be the professional that they want me to be, so I kept my mouth closed,” he said in his video. “I feel violated. I feel violated for the folks that were on the bus when this happened.”

His Facebook Live video has since been shared thousands of times, with many of the commenters expressing their sadness over his death.

“Some of his language is graphic, but I don’t know how you can watch it and not tear up,” he said.

Michigan has seen a drastic increase in the number of coronavirus cases over the last week, with a majority of them heavily concentrated in Detroit and its suburbs. As of Friday morning, there were more 2,860 cases and 97 deaths in the city, according to a Detroit Health Department website.