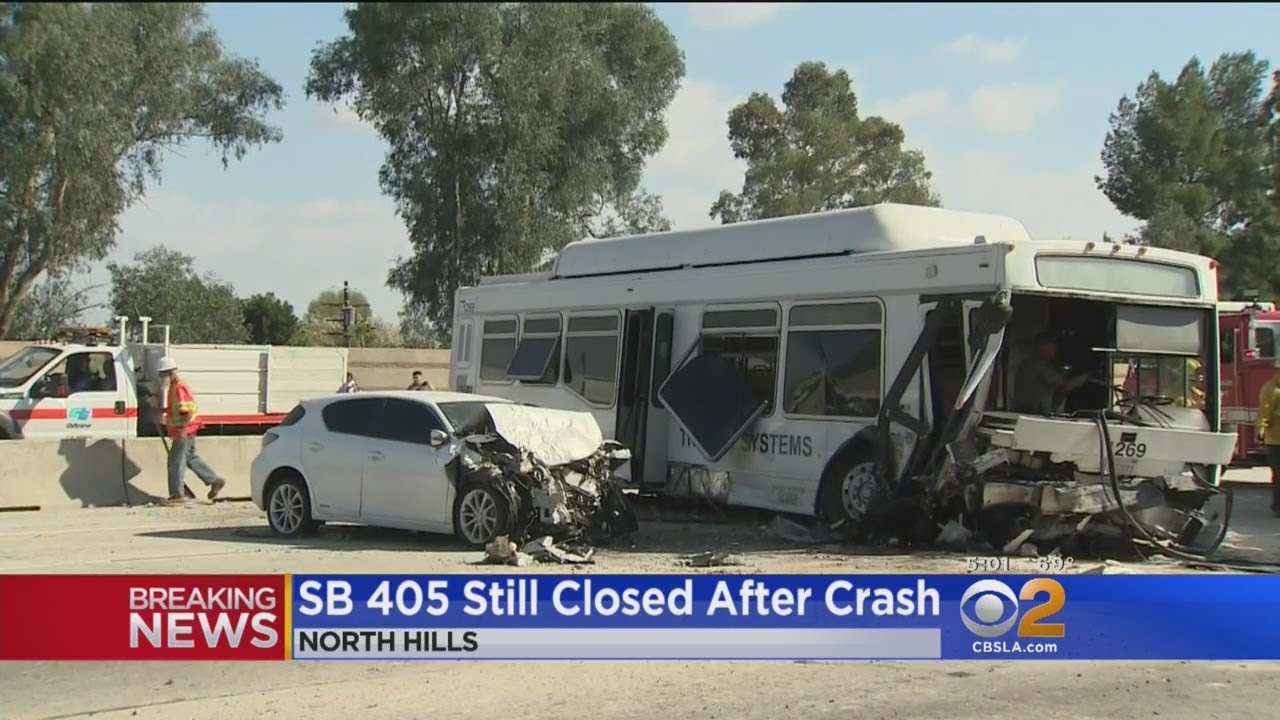 Bus Crash on 405 Freeway in North Hills Sends 25 to the Hospital,

A multivehicle collision on the 405 Freeway in the San Fernando Valley sent dozens of people to the hospital and led to additional crashes, prompting the partial shutdown of...
by Joy Smith October 15, 2018 1124 Views

A multivehicle collision on the 405 Freeway in the San Fernando Valley sent dozens of people to the hospital and led to additional crashes, prompting the partial shutdown of the highway for hours, officials said.

Around 1 p.m., a bus traveling northbound on the 405 Freeway in the North Hills area crashed into a number of other vehicles, California Highway Patrol Officer Wescon Haver said.

Haver said officials do not know what caused those first collisions.

A bus and a sedan sit on the 405 Freeway in the North Hills area following a crash on Oct. 14, 2018. (Credit: Los Angeles Fire Department)

From there, the bus slammed through the concrete center divider — sending it into the other side of the freeway, Haver said. It crashed into numerous vehicles in the southbound lanes.

Personnel evaluated some 40 patients, 25 of them transported to the hospital by ambulance, the Los Angeles Fire Department said.

“Three of those patients did not have serious visible injuries however based on the severity of the impact, protocol deems their condition requiring paramedic transport,” the Fire Department noted.

However, Haver later described those five people as being critically injured.

The private charter bus was carrying at least 37 people coming from a church event at the Forum in Inglewood, according to Haver.

Aerial footage of a multivehicle crash on the 405 Freeway in the North Hills area is seen still being investigated three hours later on Oct. 14, 2018. (Credit: KTLA)

Footage from the scene shows firefighters attending to patients on the road as a white bus and a sedan, both badly damaged in the front, remained at the scene.

But ambulances struggled to get the scene as heavy traffic had built up along the freeway, as one driver told KTLA.

Raymond Avila, who was stuck in traffic for three hours, said first responders had to keep returning due to the congestion.

“They could only fit one person at a time so they had to come back a bunch of times,” Avila said.

He and family members left their vehicle on the freeway to take his grandparents home, not wanting to have them continue sitting in the traffic for hours.

In video of the scene, debris that appear to be from the center divider were strewn across the southbound lanes.

Three hours after the crash, aerial footage of the scene showed the bus still sitting horizontally across the freeway, with officials investigating the taped off scene as other damaged vehicles are seen nearby.

All southbound lanes north of Nordhoff Street and the northbound freeway’s carpool lane were closed and later reopened.

Connectors from the eastbound and westbound 118 Freeway to the southbound 405 were previously closed as well, according to Caltrans.

SIGALERT IN NORTH HILLS: SB I-405 NORTH OF NORDHOFF ST – ALL LANES BLOCKED FOR AN UNKNOWN DURATION DUE TO A COLLISION 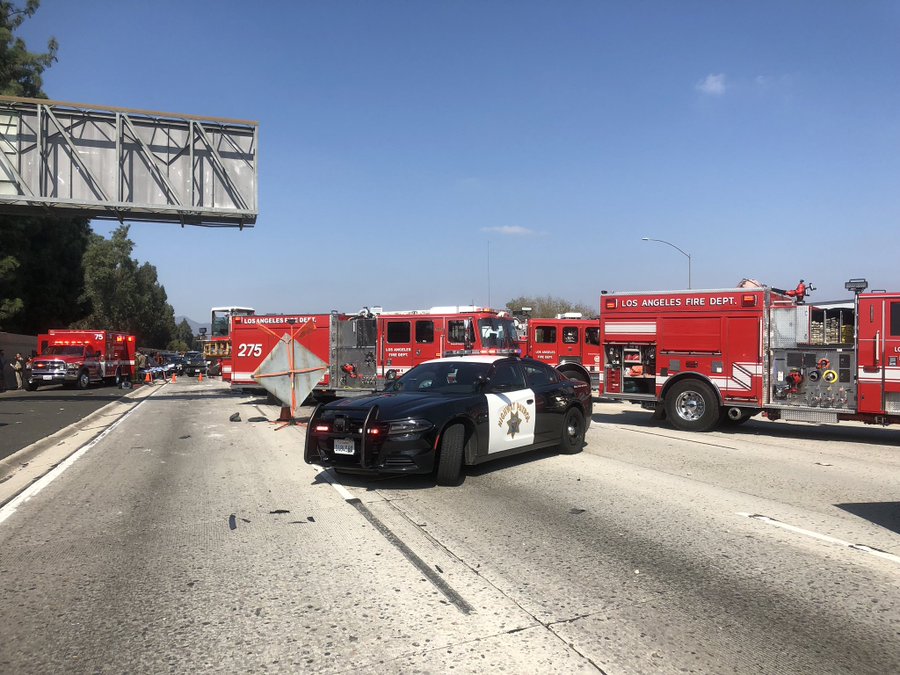 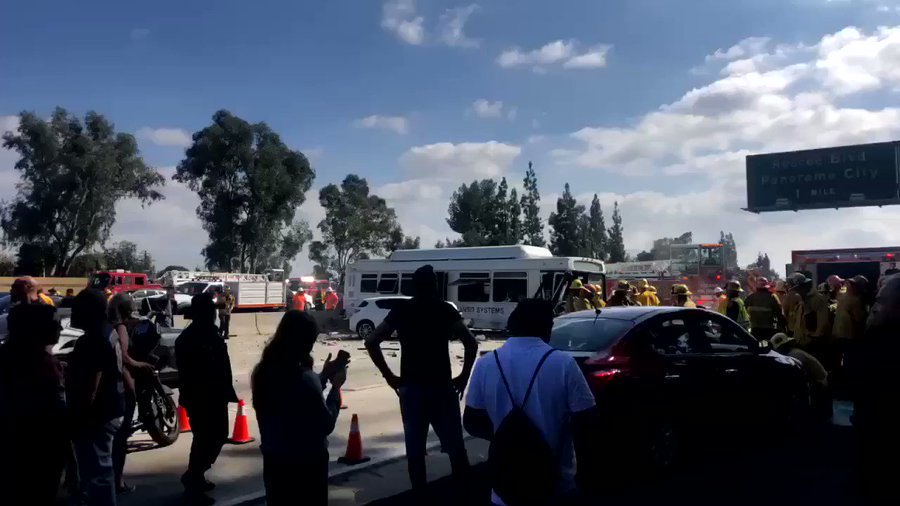 Stuck in a huge crash on the 405. We’ve been stopped for 1 hour 45 minutes. A bus was northbound and crossed the center divide. 25 people taken to the hospital… #LATraffic#crash#I405@LenaHowlandsource:

Skydiver Dies After Parachute Fails to Open During Her Jump