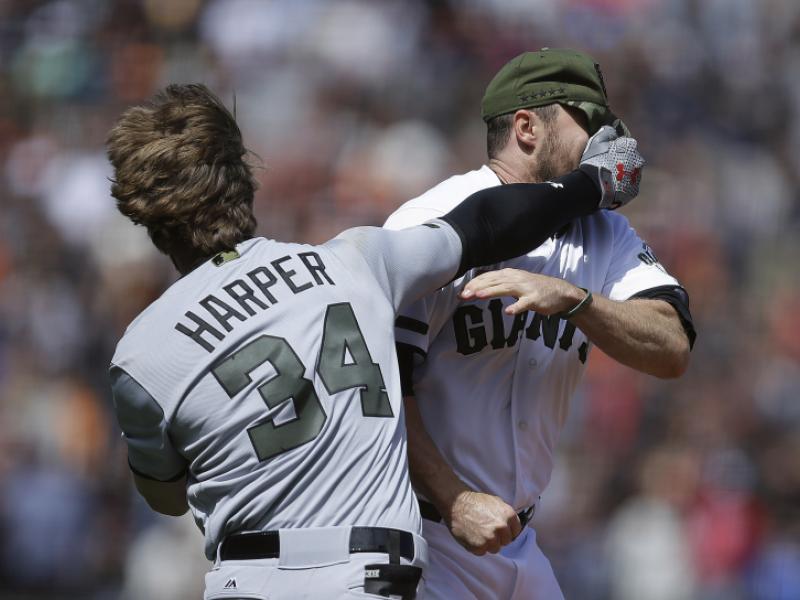 Bryce Harper is not playing… 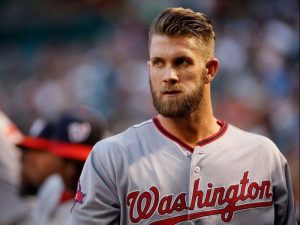 Both Harper, the leading All-Star vote-getter in the NL, and Strickland have decided to appeal and will remain eligible to play until the process is complete.

“After three years, to do that, I don’t know what was going through his mind or how upset he was the past couple of years. If he did have a problem with it, he could have talked with me during batting practice and say ‘I didn’t like they way you went about it.’ That’s not human nature I guess.” 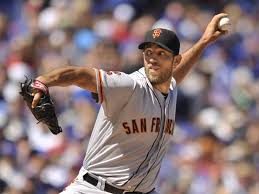 Strickland says he has the “ultimate responsibility” for his actions but did not express regret for hitting Harper.

In an apparent revenge for a dispute between the two that took place during the 2014 National League Division Series, Strickland drilled Harper on his thigh with a 98 mph fastball in the eighth inning of Washington’s 3-0 victory, inciting a brawl. In that 2014 series, Harper homered twice off Strickland and yelled at him after the second blast around the bases.

Both players exchanged blows as both benches cleared; they were both ejected.

Strickland thinks the bad blood is over between the two clubs and doesn’t expect the Nationals to retaliate.

WATCH: Reporter who got body slammed will have his glasses in the Newseum