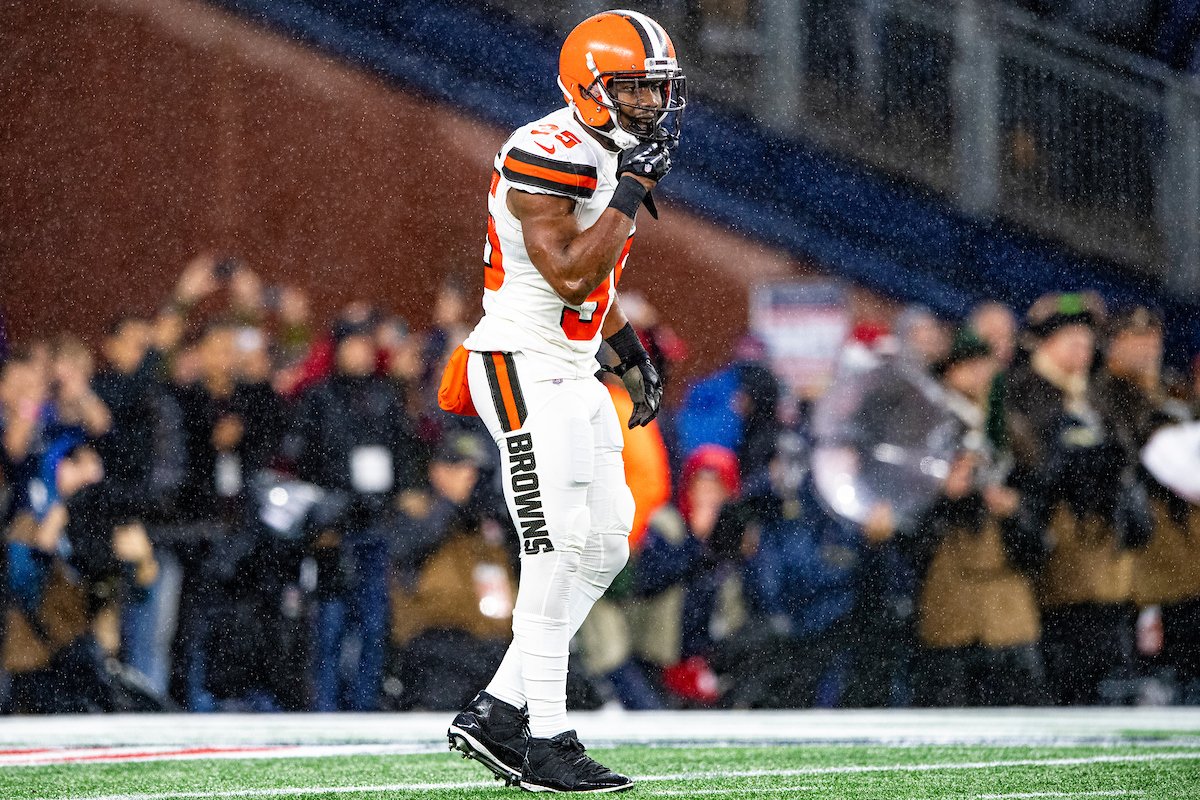 Sunday afternoon, safety Jermaine Whitehead went on a profanity-laced rant on Twitter following a loss to the Denver Broncos. In response to criticism from 92.3 The Fan radio host Dustin Fox, as...
by Zach Freeman November 4, 2019 217 Views

Sunday afternoon, safety Jermaine Whitehead went on a profanity-laced rant on Twitter following a loss to the Denver Broncos. In response to criticism from 92.3 The Fan radio host Dustin Fox, as well as other users on social media, he threatened violence. The Cleveland Browns have since responded by cutting ties with Whitehead.

“Jermaine Whitehead’s social media posts following today’s game were totally unacceptable and highly inappropriate. We immediately spoke with Jermaine upon learning of these comments. The Browns in no way condone that type of language or behavior. This matter will be further addressed internally,” a team spokesperson said in a statement Sunday night, per ESPN.

Whitehead struggled during the battle with the Broncos on Sunday, missing tackles and allowing big plays. Rookie tight end Noah Fant ran over the safety en route to a 75-yard touchdown. These plays drew criticism, to which the safety responded by threatening violence.

“Come get it in blood b—- made ass lil boy. I’m out there with a broke hand .. don’t get smoked … ” Whitehead wrote in response to Fox’s criticism. He also wrote “Imma kill you b—-. that’s on blood” to another Twitter user. Finally, Whitehead gave the address to the Browns’ practice facility to a third user that told the safety to give him a “time and a place.”

“Crazy world. They line it up and say anything in the book too you,” Whitehead said in a post on Instagram that has since been deleted. “They tell you take the high road, when yo whole life you was taught to meet fire with fire. I do apologize for my performance, but having a broke hand and a strong fear of letting my team down is my downfall. Whatever happens happens. Ain trippin. They probably gone still talk crazy but this me getting smoke off my chest. I don’t need one like.. this from me to me! Keep ya head up homie, can’t nobody f— with you. I dare em to try.”0COMMENTS

Originally an undrafted free agent out of Auburn in 2015, Whitehead landed with the Browns in November 2019 after being released by the Green Bay Packers. The Wisconsin-based team had cut ties with Whitehead after he had been ejected for slapping an opponent in the face mask.

Tap play to listen to GroupChat’s new Episode 10 where we talk about Jenelle and David’s major split, more ‘Real Housewives’ and ‘KUWTK’ drama and we read our first fan reviews! Don’t miss a minute and hit that subscribe button so you don’t miss an episode!