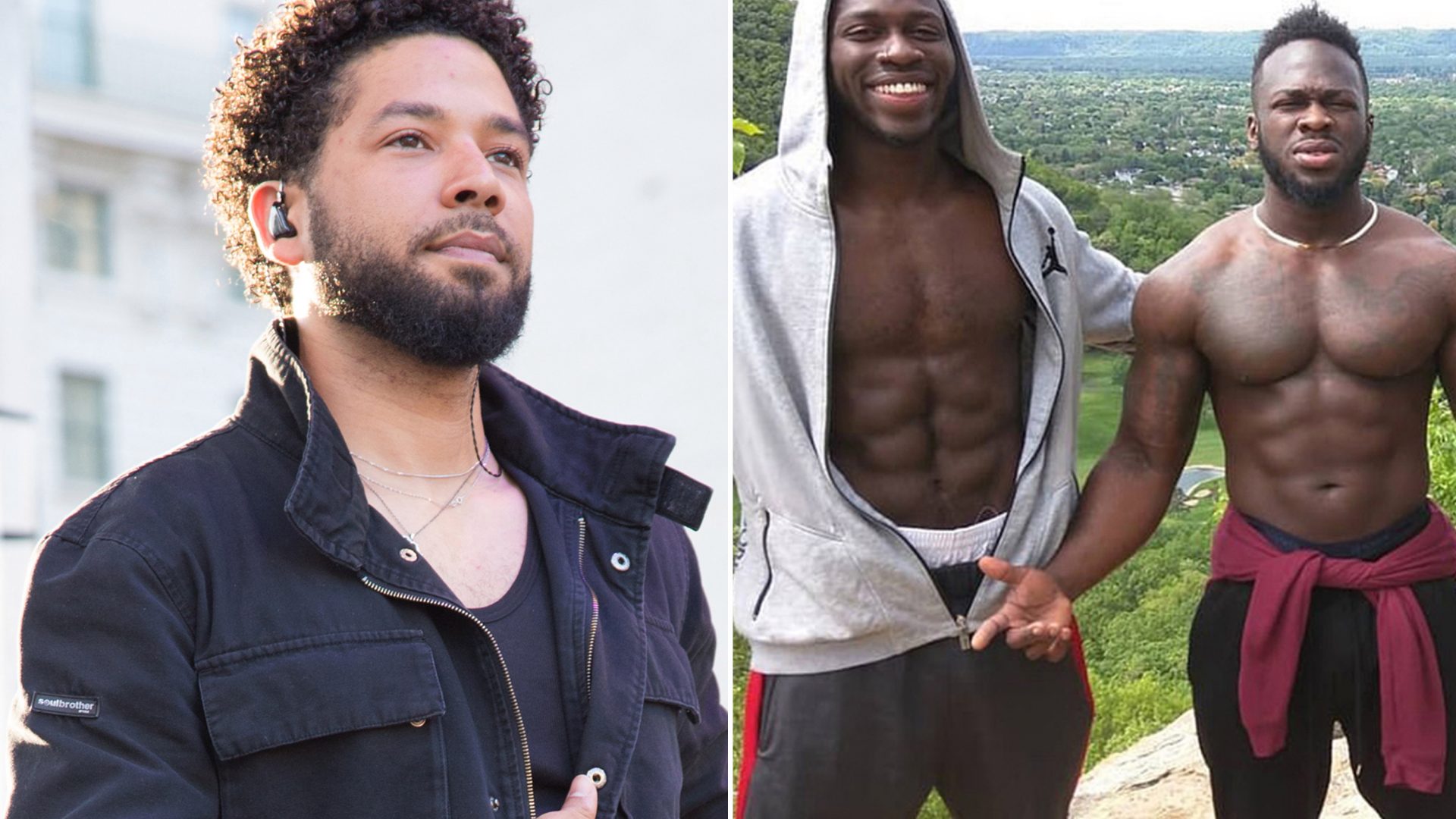 Brothers In Jussie Smollett Case Back In Nigeria Offering ‘Love And Good Energy’!

he Osundairo brothers are doing their best to ride the fame train they got in the Jussie Smollett case. The Nigerian-American brothers are now in Nigeria offering “love and energy.” Abel and Ola Osundairo were supposedly...
by Joy Smith August 21, 2019 302 Views

he Osundairo brothers are doing their best to ride the fame train they got in the Jussie Smollett case. The Nigerian-American brothers are now in Nigeria offering “love and energy.”

Abel and Ola Osundairo were supposedly in Lagos, Nigeria offering free medical outreach with the tagline “We care but God heals.” It is not clear if they have any medical training. See their Instagram post below:

In a video, one of the brothers says wearing an American flag shirt, “We have medicine, we have water… we have love and good energy.”

The last reports on the brother was that that there were suing for defamation because they felt “alienated” in Chicago but couldn’t get jobs. According to The Chicago Tribune, the lawsuit alleged in part that Smollett’s attorneys “doubled down, not simply affirming that Mr. Smollett was a wholly innocent victim, but that … (the brothers) unequivocally led a criminally homophobic, racist, and violent attack.”

The brothers’ lawsuit complained that Smollett’s Los Angeles-based celebrity attorney Mark Geragos made them “feel unsafe and alienated in their local Chicago community.”

It was reported in April that sources close to the brothers claim they have not been able to land an agent since the Smollett case went public.

Originally, their fitness training business was skyrocketing but “many of their potential clients turned out to be feigning interest in getting in shape and were really looking to get details on Jussie’s case.”

It also wasn’t helping that other damning information about the brothers has surfaced. For example, it was reported that Olabinjo Osundairo was charged with attempted murder in 2011. He reportedly reached a plea deal “with prosecutors and pleaded guilty to aggravated battery; he was sentenced to two years of probation and ordered to pay a $674 fine.”

The last time Abel and Ola Osundairo were in Lagos, it was shortly after the Jussie Smollett attack.

On Jan. 29, while walking to a subway, Smollett claimed two men yelled racial and homophobic slurs at him, investigators told The Hollywood Reporter. They allegedly punched and poured bleach on him while one of the suspects put a rope around his neck. As they fled the scene, Smollett told police they said, “This is MAGA country.”

Kim Foxx, the Cook County State Attorney, has been attacked by the Chicago Police after the 16 felony counts being dropped.

Spelman, Clark and Morehouse students shot at back to school block party hospitalized!