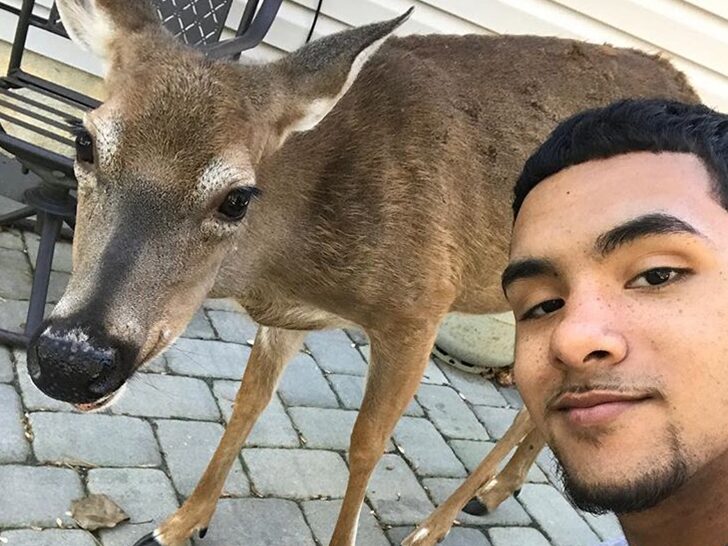 Play video content THE BRUTAL ATTACK Brother Nature — the IG influencer famous for vids with wild animals — had someone wild out on him early Saturday morning … punching,...
by Raquel Jayson December 7, 2019 166 Views

Brother Nature — the IG influencer famous for vids with wild animals — had someone wild out on him early Saturday morning … punching, kicking and stomping him into a daze.

The beatdown happened in a Miami sandwich shop shortly before 6 AM, and it was all captured on video. It’s still unclear what prompted the attack, but Brother Nature ended up down on his knees while the assailant teed off on his head.

The crazy part is there were several bystanders in the restaurant who refused to intervene — even after Brother Nature was clearly down and out of it. Finally, one guy — possibly a restaurant staffer — stepped in and tried to break it up.

However, the unknown attacker continued dousing BN with water and condiments … and the viciousness continued outside in the parking lot. Video shows the attacker stomping on Brother Nature’s head.Play video content

A video, apparently shot moments before the fight, shows Brother Nature attempting to order food while at least one other patron is mocking him.

TMZ has confirmed Miami PD got a call around 5:45 AM for a disturbance at the restaurant, and officers quickly responded … but it appears no one was arrested.

Brother Nature has 2.7 million Instagram followers, and was featured in the Netflix documentary, “Inst@famous.”