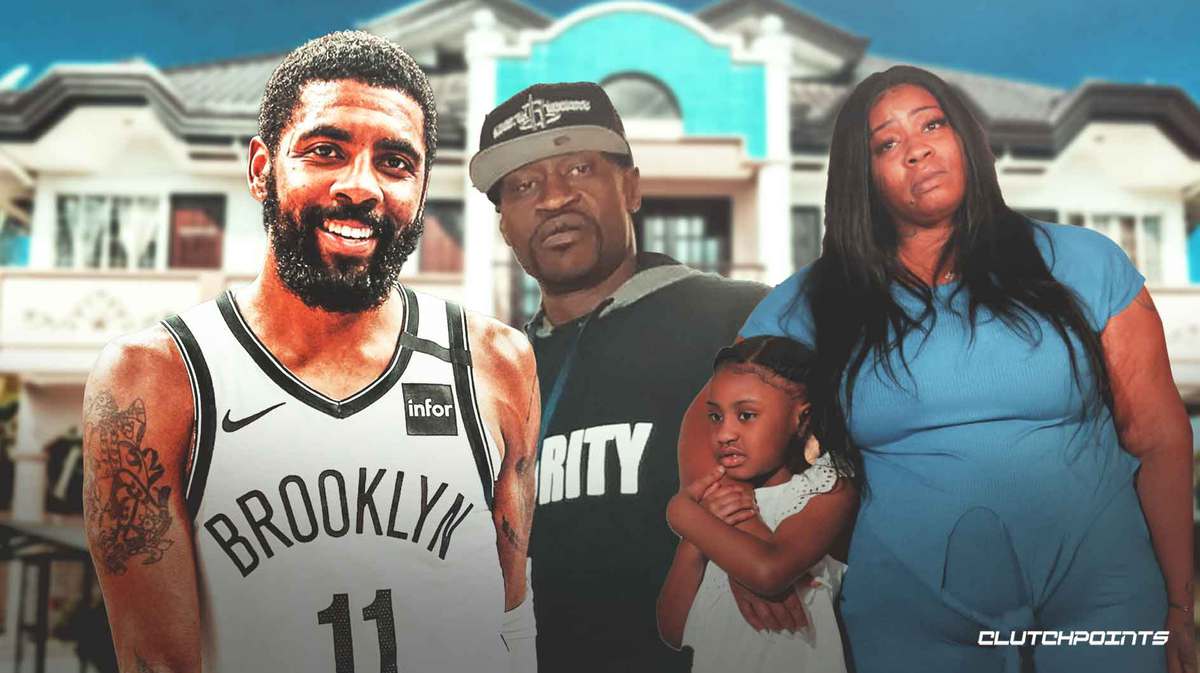 Jackson, who was a close friend of the late Floyd, revealed on “The Rematch” podcast that Irving, along with other celebrities, had reached out to help Floyd’s family.

Sources told Marc J. Spears of The Undefeated that Irving gave them the money for the house about five or six months ago.

Floyd, a Black man, died in Minneapolis in May while in police custody after a white officer kneeled on Floyd’s neck for more than seven minutes. His death sparked a wave of protests across the country.

Irving has been active off the court on social justice matters.

In July he committed $1.5 million to supplement the income of WNBA players who chose not to play the 2020 season in their bubble, whether because of coronavirus concerns or social justice reasons.

Last week, while away from the team, Irving appeared on a Zoom call with others who were showing support for the campaign of a Manhattan district attorney candidate.

Irving has missed seven straight games due to a combination of personal reasons, NBA-mandated quarantine and a ramping up of basketball activities ahead of his return. He is averaging 27.1 points, 5.3 rebounds and 6.1 assists in seven games this season for Brooklyn.

Porter hasn’t played and has largely been away from the team this season for what has been termed personal reasons. He was working his way back and attended his first game Friday night when the Cavs beat the New York Knicks.

That night, however, he had a screaming match with team officials after his locker was moved to an auxiliary area to accommodate new teammate Taurean Prince, who arrived from the Brooklyn Nets with Jarrett Allen in a trade last week. After the episode, Porter was told to clean out his locker and other members of the roster were informed he’d no longer be on the team, sources said.

The Athletic first reported the incident with Porter.

The team picked up an option in Porter’s contract last month; he has one year at $1.7 million left on his deal.

The Cavs have been protective when discussing Porter during the season. There had been a plan to hopefully reintegrate him to the roster, though he spent weeks away from his teammates, sources said. His returning to the sideline indicated a progression in that plan, as coach J.B. Bickerstaff told reporters Friday.

“Obviously seeing what we’re doing, experiencing the games and those types of things will help him as he returns,” Bickerstaff said. “We have a plan in place with KP. He’s always been a part of the team, but we wanted him with the guys.”

On Monday, Bickerstaff said the organization had done its best to help Porter.

“We all want to see Kevin be successful and I still feel that way, so whatever it is that happens in the future for him, I hope nothing but the best for him,” Bickerstaff said. “It’s part of our responsibility as coaches to give everyone our all and try to make the best of every situation and I can say that we did that.”

Porter, 20, was arrested on Nov. 15 after a middle-of-the-night crash when he flipped his Mercedes SUV. He admitted to have been drinking earlier in the evening, and when police searched the car, they found a loaded handgun in the glove compartment and a small amount of marijuana.