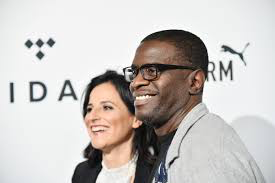 A New York man is nearly $10 million richer after he was cleared for a rape and robbery for which he’s continually maintained his innocence. Mark Denny walked out...
by Joy Smith August 16, 2019 1942 Views

A New York man is nearly $10 million richer after he was cleared for a rape and robbery for which he’s continually maintained his innocence.

Mark Denny walked out of prison in December 2017 after being exonerated following an investigation by the Brooklyn District Attorney’s Office that year. The New York Post reported August 11 that it learned comptroller Scott Stringer, with little fanfare at the time, agreed to approve awarding Denny a $9.75 million settlement, thus avoiding exposure to a $50 million suit brought up in a “notice of claim” filed last year.

Innocence Project lawyer Vanessa Potkin and Mark Denny attend the fourth annual TIDAL X: Brooklyn at Barclays Center of Brooklyn on October 23, 2018, in New York. (Photo: Mike Coppola/Getty Images for TIDAL)
The suit would have been filed against the New York Police Department and the city of New York, according to documents the publication obtained through the Freedom of Information Act.

Since Denny scored the settlement, he signed a set of “general release” papers with the comptroller’s office on May 24. Because of that, he is prohibited from suing the city and holding it accountable for his arrest and imprisonment.

Back when Denny was 17, he was accused of being one of four men who robbed a Brooklyn Burger King and raped an 18-year-old female clerk. The assault occurred in December 1987 and by February 1989, Denny was sentenced to 57 years in prison when a jury found him guilty of rape, sodomy, robbery and coercion.

In 2009, the Innocence Project took on his case and brought it to the Kings County District Attorney’s Conviction Review Unit, which determined Denny was not present at Burger King that night. In a “notice of claim,” Denny said he was “targeted and framed” by over 12 NYPD detectives and alleged they secured his conviction by making up evidence and failing to check his account of what happened. Additionally, the filing accused the detectives of “intentionally refusing to investigate other obvious leads,” including testing forensic evidence gathered from the scene after the incident.

Another claim stated that because the victim, whose eyes were closed during a portion of the attack, did not initially pick Denny out of a lineup, detectives made “false representations” and used “outright suggestion to induce” the victim to point him out “at a live lineup after she failed to identify [him] in a photo lineup … as one of the perpetrators.”

As a result of the wrongful imprisonment, the filing stated Denny suffered, among other things, “physical and emotional pain and suffering, physical sickness … loss of familial relationships” as well as a hurt reputation and loss of income.

Denny has yet to comment on the settlement, but since his release from prison nearly two years ago, he’s continued the habit he said got him through his wrongful imprisonment: running. In April, he even completed the local half marathon.

“By then, I started to stress a lot and I was overwhelmed by the stigma that I was carrying of being convicted of a crime I didn’t commit,” he told Forbes of how he got into running. “As the years pass, the stigma and the psychological burden became more heavy. Running became a way of channeling energy. I started running as a form of release.”

Denny’s multi-million dollar settlement follows a recent case in Pennsylvania where John Miller was released from prison after serving a 21-year sentence for second-degree murder. Miller has always maintained he was innocent and walked free on July 21 after the local Innocence Project got involved with his case.