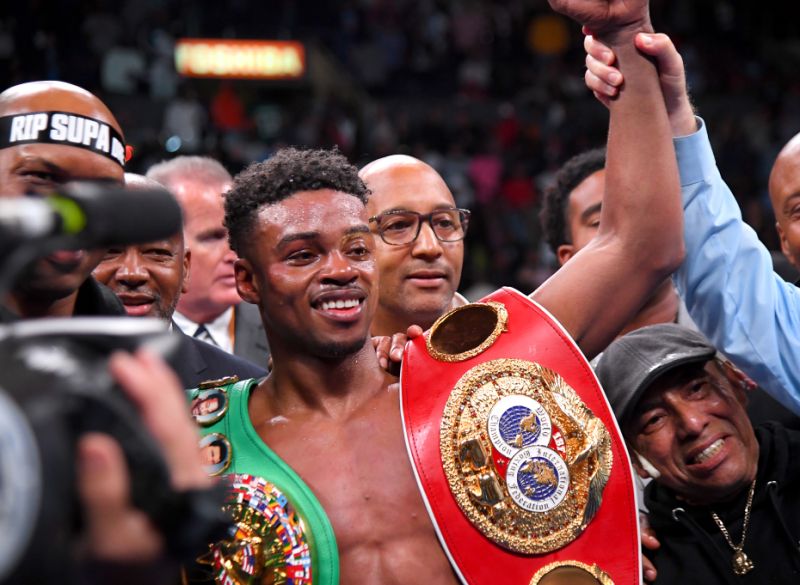 Welterweight boxing champion and DeSoto resident Errol Spence Jr. is in the intensive care unit after he was involved in a rollover crash in Dallas early Thursday morning, police...
by Raquel Jayson October 10, 2019 232 Views

Welterweight boxing champion and DeSoto resident Errol Spence Jr. is in the intensive care unit after he was involved in a rollover crash in Dallas early Thursday morning, police say.

The crash happened just before 3 a.m. on South Riverfront Boulevard near downtown Dallas and it involved only one vehicle — a white Ferrari.

According to police, the vehicle was going at a high rate of speed in the northbound lanes in the 500 block of Riverfront. The vehicle went over the center median and flipped multiple times, ejecting the driver. Police say Spence wasn’t wearing a seatbelt.

According to police, the 29-year-old was taken to the hospital in serious condition and is expected to survive. He remains in the intensive care unit at Methodist Dallas Medical Center.

Police officially identified the driver as Spence at around 9 a.m. Sources close to the boxer had identified him to CBS 11 News earlier in the morning.

The exact cause of the crash is still under investigation.

Spence, a welterweight champion from DeSoto, is currently 26-0 in his professional career and his latest match was against Shawn Porter on Sept. 28.

Porter tweeted about the crash and offered his prayers for Spence’s recovery.

The local boxer made his professional debut in November 2012. He won the IBF welterweight title in May 2017 and has defended it since.

Spence defended his welterweight title twice in front of the local crowds at The Star in Frisco on June 16, 2018 against Carlos Ocampo and at AT&T Stadium in Arlington on March 16, 2019 against Mikey Garcia.