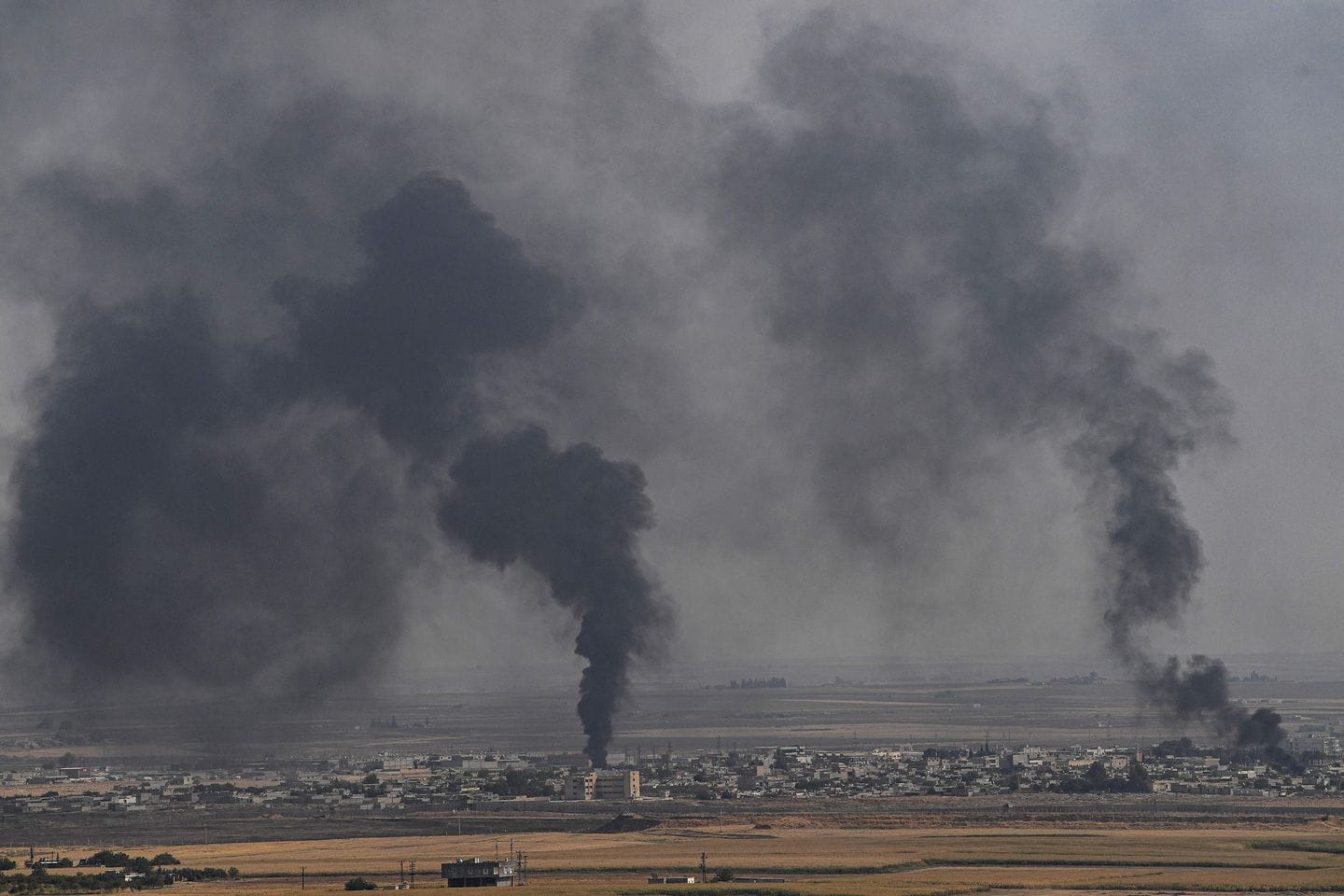 European leaders said Monday that they were facing new security threats as a result of Turkey’s offensive in Syria, but they mostly trained their anger on Ankara, not on Washington’s...
by Zach Freeman October 14, 2019 231 Views

European leaders said Monday that they were facing new security threats as a result of Turkey’s offensive in Syria, but they mostly trained their anger on Ankara, not on Washington’s sudden decision to pull out from the region.

European foreign ministers who met Monday in Luxembourg condemned the Turkish incursion and agreed on an informal, E.U.-wide ban on arms sales to Ankara. They stopped short of a legally binding ban, in order to implement something quickly.

The Europeans said they feared instability in northeastern Syria would give a new toehold to the Islamic State, which lost its final territories earlier this year.

The militant group “could re-find its breathing space inside that territory,” E.U. foreign policy chief Federica Mogherini said. “That worries us enormously. That is a direct security threat to the European Union.”AD

Among those at greatest risk are French special forces who have supported U.S. troops in Syria for years. President Emmanuel Macron early Monday ordered that measures be taken “in the coming hours to ensure the security of French military and civilian personnel present in the zone.”

Although Macron’s office did not specify whether French troops would pull out entirely, French officials said over the summer that a full U.S. withdrawal probably would require France to depart as well.

Macron also said security was being tightened on French soil, with an eye toward the possibility that Islamic State prisoners who escape from Syrian prison camps could make their way to France.

Similarly, Belgium’s chief prosecutor warned Monday that Belgian citizens who had been in the Kurdish-controlled prison camps for Islamic State sympathizers might return home and carry out attacks. He said he preferred repatriating Belgian citizens in a controlled manner so that they could face Belgian courts, although it is no longer clear whether that is possible.AD

The situation in Syria is “out of control,” Belgian Federal Prosecutor Frederic Van Leeuw told the RTBF broadcaster Monday. He said terrorist attacks on Belgian soil in recent years “were committed by people who returned clandestinely.”

The U.S. pullout also potentially imperils British special forces thought to be deployed to Syria. Britain does not typically speak publicly about the status of its special forces deployments. The British defense ministry and the Foreign Office declined to comment on Monday.

European leaders have been in a tight spot: convinced that a foreign policy catastrophe is unfolding, but also dependent on the logistical power of the U.S. military in Syria and unable to fill in the gap themselves.

“We don’t have magic powers” to stop the Turkish assault, said Spanish Foreign Minister Josep Borrell, who is designated to become the E.U. foreign policy chief later this year. “If the American troops wouldn’t have withdrawn, this attack would have been impossible. The American troop withdrawal was a condition in order to make the attack possible.”AD

In Germany, one leading policymaker said the United States and President Trump had a “special responsibility” to the Kurds, who were a key partner in fighting the Islamic State.

“In withdrawing U.S. troops from Northern Syria, Trump not only let his Kurdish allies down, he also enabled the Turkish invasion in the first place,” Norbert Röttgen, the chairman of the German parliament’s foreign affairs committee, wrote in an email. “As a consequence, U.S. credibility has been badly damaged and the regional stability is now at serious risk.”

In Washington, Trump responded Monday morning to his critics, writing on Twitter: “Europe had a chance to get their ISIS prisoners, but didn’t want the cost. ‘Let the USA pay,’ they said.”

He theorized that the “Kurds may be releasing some to get us involved,” adding: “Easily recaptured by Turkey or European Nations from where many came, but they should move quickly.”

French Foreign Minister Jean-Yves Le Drian on Monday called on the United States to convene a meeting of the Global Coalition to Defeat ISIS, saying that allies who have fought alongside the United States since 2014 needed to talk about what to do with “this new reality.”AD

“The Turkish offensive risks allowing the reappearance of the Islamic State,” he said. “It’s already started.”

Some leaders said the situation underscores that Europe must become militarily independent from the United States, because it cannot rely on Washington to defend European interests.

“It is time that the European Union . . . becomes as military independent as possible, because one sees clearly in this situation that one cannot count on the wider world,” French Economy Minister Bruno Le Maire told the FranceInfo broadcaster Monday.

Getting Europe to spend more on its own security has been a priority of the U.S. administration, as well.

Hmmm….Now The Former Cop Portrayed In “When They See Us” Is Suing Ava DuVernay Over The Way He Was Depicted…