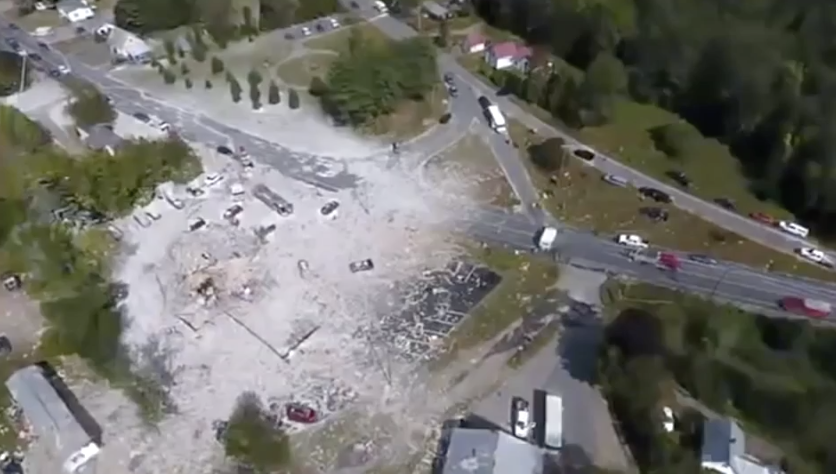 What we know so far What happened: A building exploded this morning in Farmington, Maine, town officials confirmed. A preliminary investigation showed that a propane or natural gas leak may have been...
by Alycia Pascual-Pena September 16, 2019 627 Views

What we know so far

A drone from the Sun Journal newspaper captured images of the devastation caused by today’s explosion in Farmington, Maine.

One firefighter was killed and at least six people were injured when a building exploded. A preliminary investigation showed that a propane or gas leak may have caused the blast, officials said.

Here’s what the building looked like before the blast:

A maintenance worker was injured in the blast, agency says

A maintenance employee, who works for the nonprofit agency whose building was the site of today’s explosion, was among the injured, according to LEAP (Life Enrichment Advancing People).

In a statement posted on Facebook, the agency said there were many heroes today who saved lives today.

“First responders and a LEAP maintenance person were injured in the blast. Our hearts go out to anyone injured or impacted today,” the agency said.

Propane or natural gas leak may have caused the blast, police say

A preliminary investigation reveals a propane or natural gas leak may have been the cause of an explosion that killed one firefighter and injured six others in Maine this morning, Farmington Police Chief Jack Peck said.

Peck said Farmington Fire Chief Terry Bell received a report of a gas smell and responded to the scene with firefighters. While they were investigating, the building exploded, killing one firefighter, injuring Bell and three other firefighters, an ambulance worker and an employee of the building.

Franklin County Sheriff Scott Nichols was one of the first responders and pulled victims from the scene after the explosion.

“You know, I spent a year in Iraq. It’s the closest I can explain it, it was just total devastation. I’ve never seen destruction like that in my career … except overseas. It was horrible,” Nichols said.