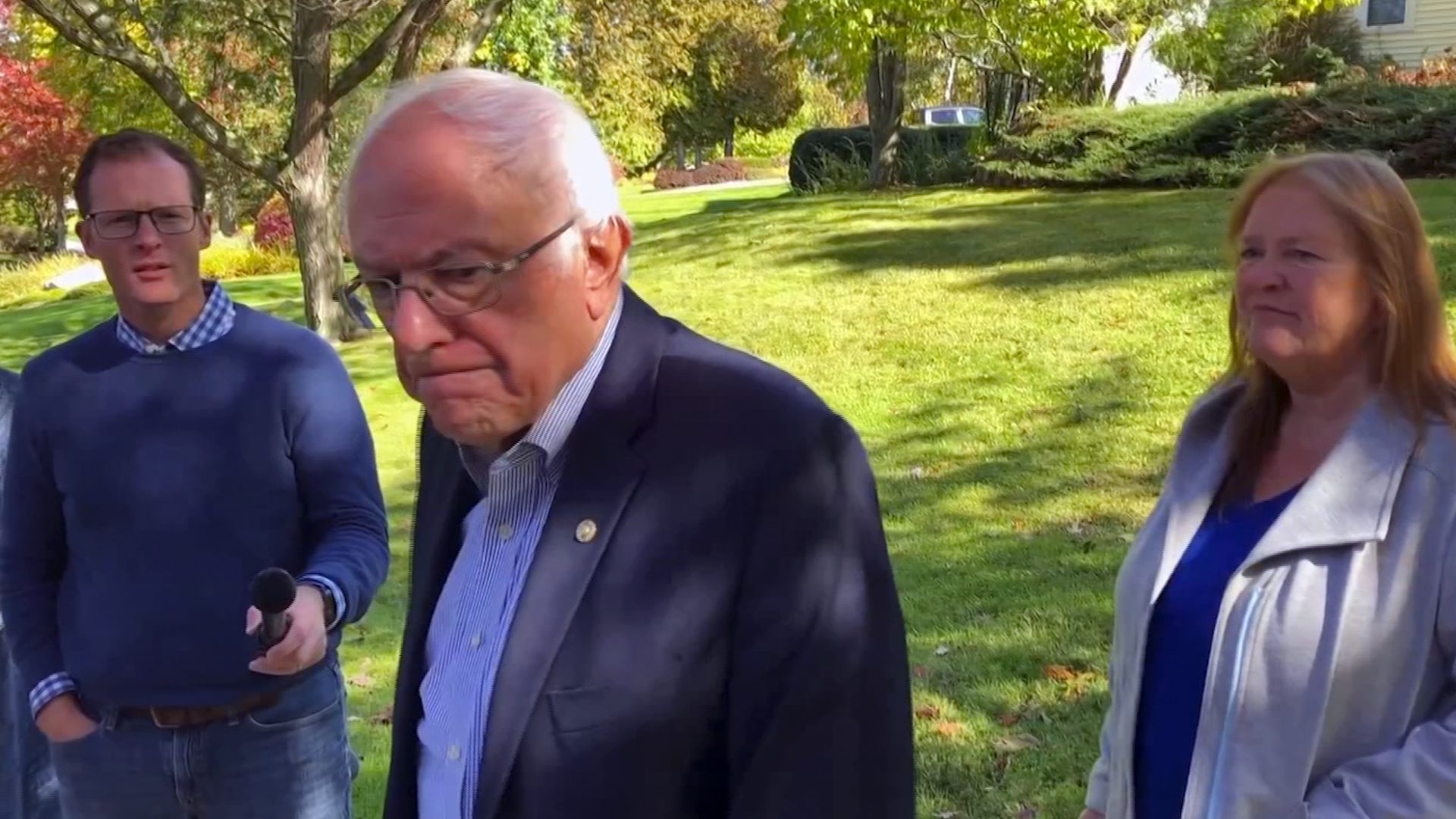 The daughter-in-law of Democratic presidential candidate Sen. Bernie Sanders has died at age 46, days after being diagnosed with neuroendocrine cancer. Dr. Rainè Riggs was the wife of the Vermont...
by Raquel Jayson October 8, 2019 289 Views

The daughter-in-law of Democratic presidential candidate Sen. Bernie Sanders has died at age 46, days after being diagnosed with neuroendocrine cancer.

Dr. Rainè Riggs was the wife of the Vermont senator’s son Levi Sanders and mother to three children, Sunnee, Ryleigh, and Grayson. She was an accomplished neuropsychologist known for her volunteer work and social advocacy.

Riggs complained of feeling ill weeks ago and was diagnosed with neuroendocrine cancer following a battery of tests just last week. She died two days after her formal diagnosis on Saturday, the day Sanders returned to Vermont following a heart attack he suffered on the campaign trail. “I don’t know how our family will ever get over this loss as she was loved so much,” said an obituary for Riggs published by the Lee & Martin Funeral home in Burgettstown, Pennsylvania. “I do know that we will continue on because we have to … we promised her we would.”

Services for Riggs will be held in private with requests that contributions in her memory be made to Love Without Boundaries, a charity for orphaned and impoverished children.

How do you go on day by day when your heart just keeps breaking over and over? How do you get out of bed in the morning when every breath you take is so painful you just want to cover your head with your blanket and hide away from the world? How can the laughter and smiles of three children heal your heart while at the same time you are crying? How can the world ever be the same when it said goodbye to such a beautiful soul? It is simple…. our world will never be the same.

On Saturday, October 5, 2019, at 9:11 p.m., this world lost one of its most beautiful people…. our beloved mother, wife, daughter, granddaughter, sister, niece and cousin… Dr. Rainè Riggs.

Rainè was born December 23, 1972, a daughter of Richard Riggs and Rinda Yukevich Riggs. The story of the day she came home from the hospital was always a family favorite as she was accidentally dropped on her head on grandma’s sidewalk. We always laughed and said that knock to the head is what made her so brilliant.

Rainè knew from the time she was a little girl that she was going to become something great and make the world a better place. She graduated valedictorian of her class from Burgettstown High School in 1990. Rainè then attended American University, where she earned her bachelor’s degree in psychology. After American University, she attended Harvard University and Brown University, where she earned her master’s degree in geriatric neuropsychology and clinical sleep medicine. During her time at Brown University, Rainè received an award from the National Institute of Health for her research study on the affects of chemotherapy on the brain. Finally, Rainè earned her doctorate in neuropsychology at the University of Vermont. Rainè was also the co-director of Behavioral Medicine at Dartmouth Medical School for several years. While there, she developed and started its Palliative Care Department for Dartmouth Medical Center.

Rainè, a truly selfless person, was always heavily involved in working with the homeless, especially homeless veterans. While working at an emergency food shelter in Vermont, she met and married her husband, Levi Sanders.

Rainè also spent time volunteering with pediatric hospice. Rainè was the owner of Riggs Geriatric Psychology in Windsor, Vt. She also volunteered at ground zero after the tragedies of 9/11, providing much needed counseling for survivors, first responders and the families of those who lost their lives.

Even with all of the achievements in education, Rainè always said her crowning achievement in life was the day she became a mother. Rainè Riggs was the proud Momma of Sunnee Riggs Sanders, Ryleigh Riggs Sanders and Grayson Riggs Sanders. From the first moment she held them in her arms, her entire world changed. Rainè’s every thought was of her children. She truly strived to make every day of their lives special. Rainè loved to spend time picking berries with her family and then bringing them home and spending the whole day baking. She loved to take her children to festivals and always allowed her children to pick the weekend adventures. There was nothing she would not do for them. Rainè’s favorite pastime was spending time at the beach, whether at the lake or the ocean. She made sure the summer was filled with little trips and never wasted a day. Rainè truly lived every day with her children as though it may be the last.

Rainè became ill three weeks ago. The hospitals were stumped. We brought her home last Sunday to UPMC, where she was diagnosed with neuroendocrine cancer. She died two days later. Her last words were to tell her children how much she loved them and she was so sorry that she got sick. Her last moment was spent with her No. 1 cheerleader, her mother, holding her hand and whispering in her ear how much she loved her.

I don’t know how our family will ever get over this loss as she was loved so much. I do know that we will continue on because we have to…. we promised her we would. We promised to love her children everyday as if they were our own. We promised to take them on great adventures, to take as many pictures as we could, to live every day as if it were the last, to share in their heartaches and celebrate their achievements. We promised this to her and so we will do it and hopefully every day the pain will become a little less. It is what she wanted.

Rainè Riggs, we will miss you everyday until the day we see your beautiful smile…. I know you will be waiting for us.

She was preceded in death by her grandfathers, Herbert Lewis Riggs and Vincent W. Yukevich Jr.; an aunt, Dorcia Lee Ryan; and an uncle, Vincent Yukevich III.

To honor Rainè’s wishes, there will be no public visitation and services will be held privately. Arrangements are under the direction of Lee & Martin Funeral Home, 73 Highland Avenue, Burgettstown, PA 15021.

Those wishing to remember Dr. Riggs in a special way can make a memorial donation in her memory to the charity that meant the most to her, Love Without Boundaries

Snoop Dogg Is Not Apologizing For His Performance At Univ. He Says “That’s What I Do”