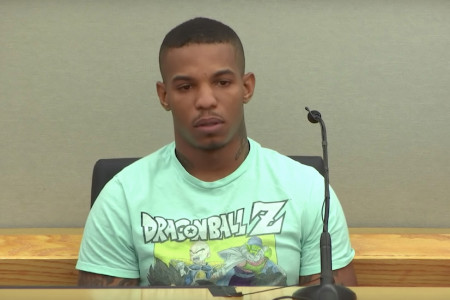 Breaking News: Dallas Police Are Now Saying Joshua Brown Was Killed During A Drug Deal It Has Nothing To Do With Amber

Do you really believe this young man was a “drug dealer” and he’s now dead because of a drug deal gone bad…continue on… Three suspects have been identified in the...
by Raquel Jayson October 8, 2019 442 Views

Three suspects have been identified in the murder of Joshua Brown, a key witness in the murder trial of former Dallas police officer Amber Guyger.

Jacquerious Mitchell, 20; Michael Mitchell, 32; and Thaddeous Green, 22, traveled from Alexandria, Louisiana, to purchase drugs from Brown in the parking lot of a Dallas apartment complex, according to authorities.

Jacquerious Mitchell is in custody at a hospital and the other two suspects are being sought, Dallas Assistant Police Chief Avery Moore said at a news conference Tuesday. The two fugitives are believed to be armed and dangerous, he said.

Jacquerious Mitchell told police Green got into a physical altercation with Brown and that Green shot Brown twice in the lower body, Moore said.

The suspects dropped Jacquerious Mitchell off at a hospital, the assistant police chief said, adding that warrants will be executed for the two other suspects.

Dallas Mayor Eric Johnson asked the public in a tweet over the weekend to “refrain from speculation” about Brown’s shooting.

Police emphasized at Tuesday’s news conference that Brown’s killing was not related to his testimony in Guyger’s case.

Brown, 28, was found lying on the ground in an apartment parking lot with multiple gunshot wounds, two days after Guyger was convicted of murder.

Brown’s slaying Friday occurred less than six miles from the apartment complex where Botham Jean, his neighbor, was fatally shot by Guyger on Sept. 6, 2018. Brown testified in Guyger’s murder trial.

Brown had lived across the hall from Jean, 26, at the Southside Flats apartment building in Dallas.

Lee Merritt, a lawyer for the Jean family, said in a tweet Saturday that he spoke with Brown’s mother and that she is “devastated.”

“We all are,” Merritt said. “Joshua Brown was a key witness in the murder of Botham Jean that helped put Amber Guyger away. We need answers.”

Guyger, who lived a floor below Jean, testified she mistakenly entered his apartment instead of her own.

She was sentenced to 10 years in prison.