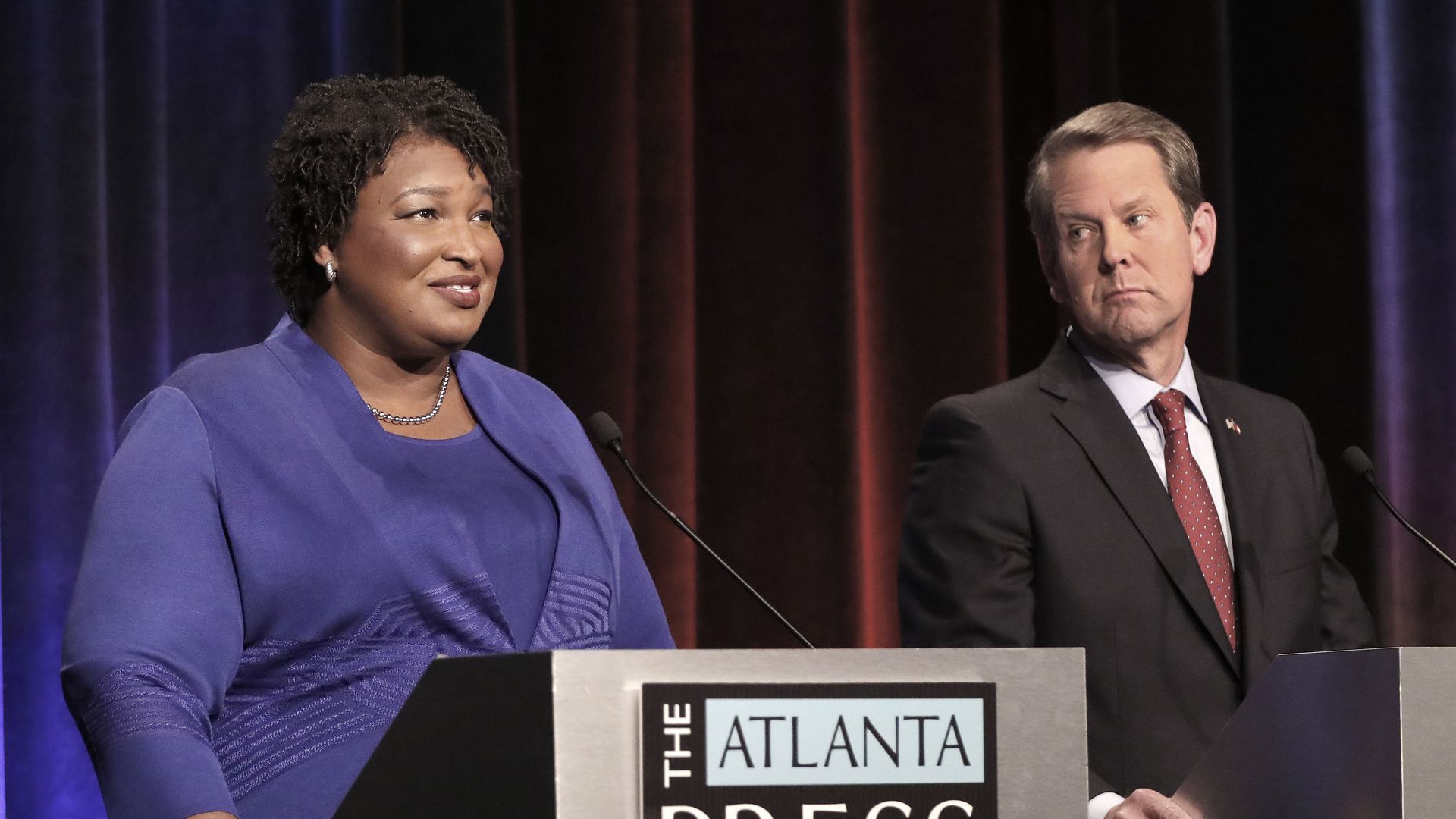 Republican gubernatorial nominee Brian Kemp is stepping down from his post as Georgia secretary of state, effective on Thursday. Kemp’s move comes as he remains locked in a close race against...
by Raquel Jayson November 8, 2018 384 Views

Republican gubernatorial nominee Brian Kemp is stepping down from his post as Georgia secretary of state, effective on Thursday.

Kemp’s move comes as he remains locked in a close race against Democrat Stacey Abrams, which national outlets have yet to call.

The secretary of state submitted a brief letter to Georgia Gov. Nathan Deal (R) on Thursday announcing his forthcoming resignation later in the day.

The Kemp campaign declared victory in the governor’s race on Wednesday, but Abrams has refused to concede and vowed to push for a recount, citing votes that have yet to be counted.

Kemp has faced repeated calls and legal challenges urging him to resign his post or recuse himself from any matters related to the election in which he is a candidate.

As secretary of state, Kemp would oversee vote counting, result certification and could call for a runoff or recall of votes.

A last-minute legal challenge filed hours before polls closed on Tuesday asked a court to block Kemp from presiding over the race.

As of Wednesday, Kemp held a slight lead over Abrams, with more than 284,000 mail-in ballots yet to be counted.

The race between Kemp and Abrams was roiled by accusations that Kemp was trying to suppress minority voters with the state’s voter registration laws.

Kemp’s campaign, meanwhile, accused Democrats of a hacking attempt. Both candidates have denied the respective accusations.

The Girl Scouts Sue The Boy Scouts Over The Term ‘Scout’