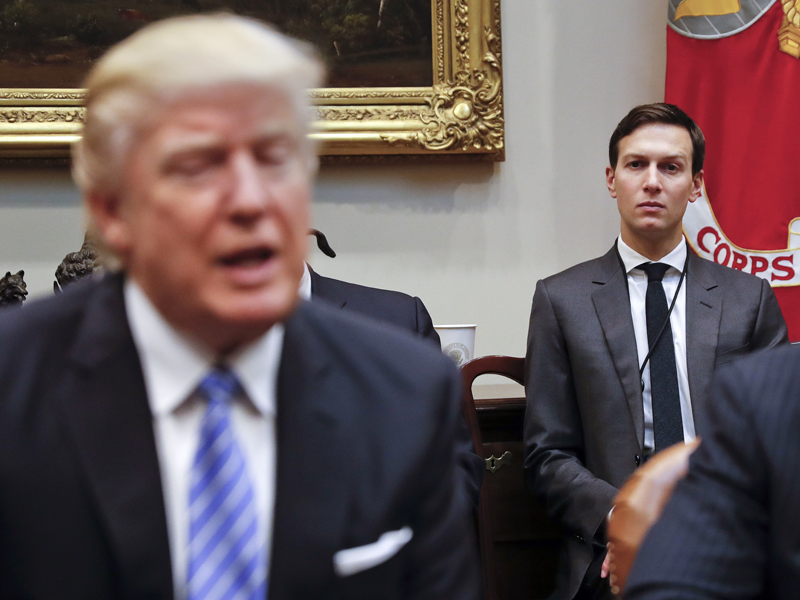 BREAKING: Kushner Wanted A Secure Line With Kremlin Before Inaguration

Jared Kushner reportedly talked with a top Russian official in early December about establishing a private communications channel between President Trump’s transition team and the Kremlin. The president’s son-in-law...
by Joy Smith May 26, 2017 556 Views

Jared Kushner reportedly talked with a top Russian official in early December about establishing a private communications channel between President Trump’s transition team and the Kremlin.

The president’s son-in-law and senior adviser inquired about using Russian diplomatic facilities for the communications, apparently to shield the talks, U.S. officials briefed on intelligence reports told The Washington Post.

Russian ambassador to the U.S. Sergei Kislyak told his superiors that Kushner floated the idea during a meeting at Trump Tower on Dec. 1 or 2, according to the Post, which cited intercepts of Russian communications reviewed by U.S. officials.

Kislyak was reportedly taken aback by the proposal of allowing an American to use Russian communications equipment, which the Post noted could have carried security risks for both the Trump transition team and Moscow.

Michael Flynn, whom Trump had already tapped to serve as national security adviser at the time, reportedly attended the meeting.

Kushner is under scrutiny in the FBI’s ongoing investigation into whether Trump campaign officials colluded with the Russians, The Washington Post and NBC News reported this week.

The FBI is interested in the details of Kushner’s meeting with Kislyak, a meeting that the White House first disclosed in March.

Officials told the Post that knowledge of the discussion came because of communication surveillance on the Russians, not on the meeting or U.S. citizens.

The White House declined the Post’s request for comment as did Flynn’s lawyer, Robert Kelner. The Russian embassy did not respond the outlet’s requests for comment.

Must See: Meet This Toddler Who Can Cook Better Than All Of Us!