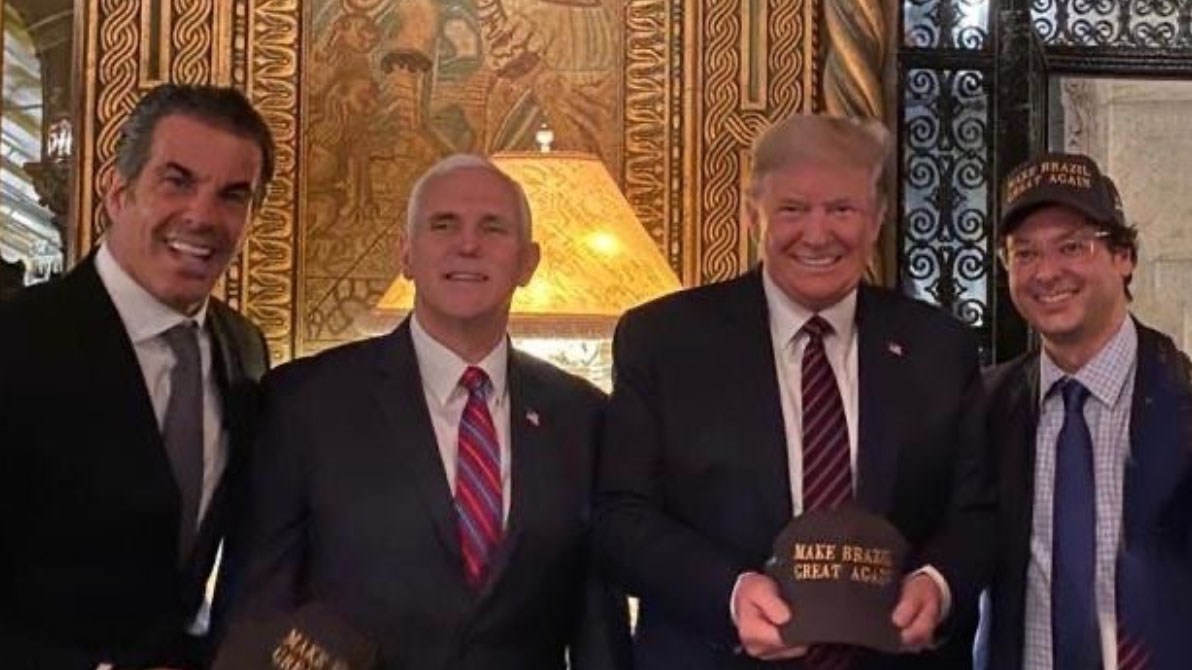 Brazil official who met with Trump and Pence Saturday, tests positive for #coronavirus

A Brazilian government official who attended a meeting at Donald Trump’s resort in Florida on Saturday and posted a photo of himself standing next to the U.S. president has...
by Raquel Jayson March 12, 2020 293 Views

Brazilian President Jair Bolsonaro’s communications secretary, Fabio Wajngarten, is in quarantine at his home, the communications office said in a statement.

Trump said he was not worried that he may have been exposed to the virus.

“Let’s put it this way: I’m not concerned,” Trump told reporters earlier on Thursday, while meeting with Irish Prime Minister Leo Varadkar in the Oval Office.

Bolsonaro’s medical team were taking all preventative measures to preserve the health of the Brazilian president, the statement from the president’s communications office said.

In the photo posted on his Instagram account, Wajngarten is standing next to Trump wearing a “Make Brazil great again” cap. Vice President Mike Pence was next to Trump.

Brazil’s Health Ministry confirmed 60 cases of the virus in the country as of Thursday, it said on Twitter. The country has not yet reported any deaths from the fast spreading pandemic.